Contemplation on a Monumental Scale: The Sculptures of Jaume Plensa

The works of Barcelona-born Jaume Plensa are striking in their scale and form.

His large sculptures of faces would be life-like, if it weren’t for the warped proportions with which Plensa experiments. With a focus on humanity, reflection, and connection, Plensa is perhaps the most apt artist to highlight this year, consistently creating thought-provoking works that meditate on perception and unity through the human form.

The Spanish artist was born in 1955, studied fine art and design in the 1970s, and debuted his first exhibition in 1980, since becoming one of the best-known Catalan artists across the world. While Plensa has always been a consistently active artist, it was his 2004 Crown Fountain in Chicago’s Millennium Park that truly elevated Plensa’s popularity, leading to commissions that have been completed as recently as 2018. Crown Fountain is not necessarily Plensa’s regular style: the 16-metre-high towers of black granite and LED screens displayed massive close-up photographs of people’s faces, serving as a fountain as water pours from their mouths. A 70-metre-long shallow pool connects the two towers, designed for people to walk through, not just to admire. This is a key facet of Plensa’s body of work: his sculptures invite viewers into a dialogue, facilitating reflection and openness through their simple presence. 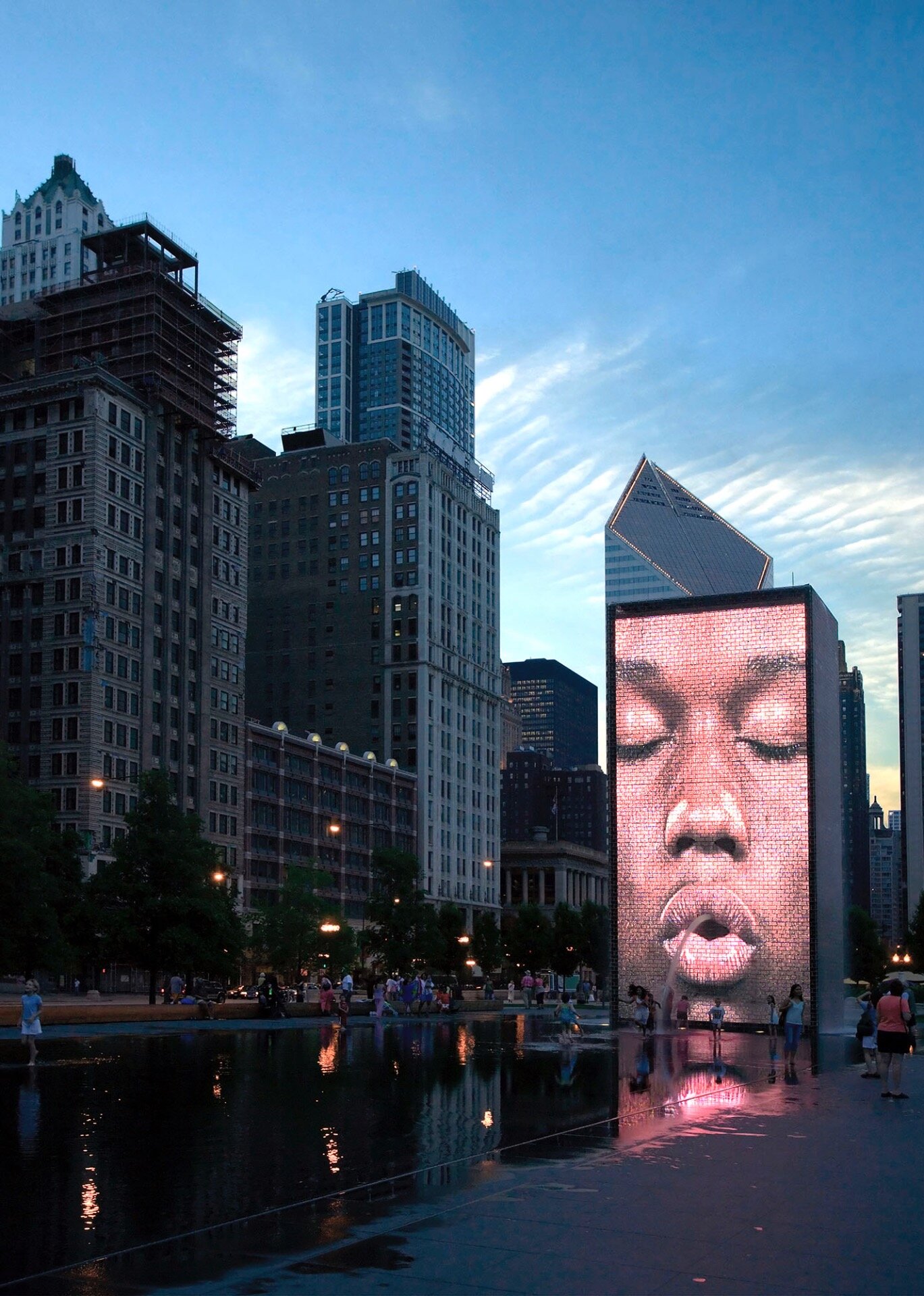 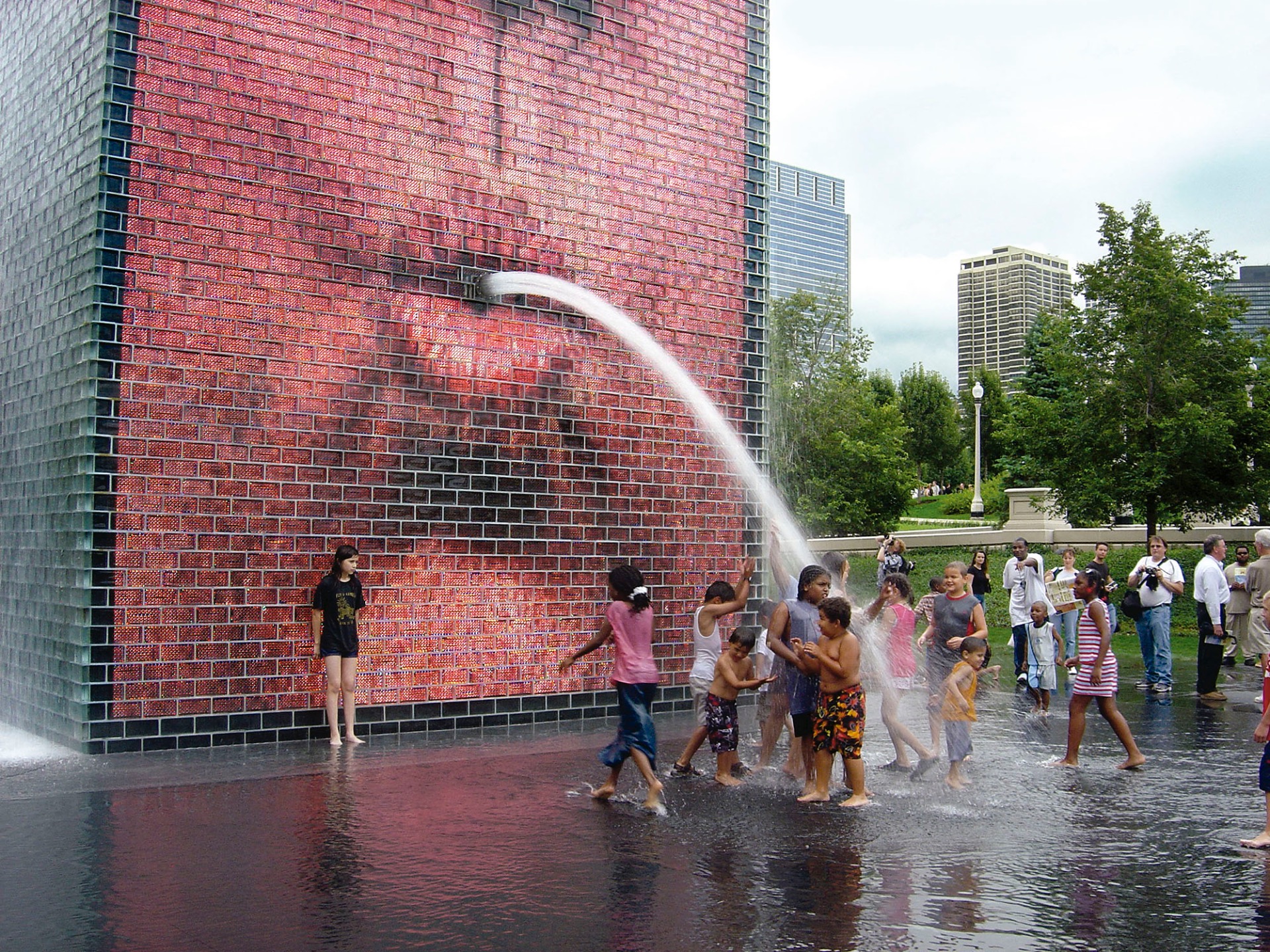 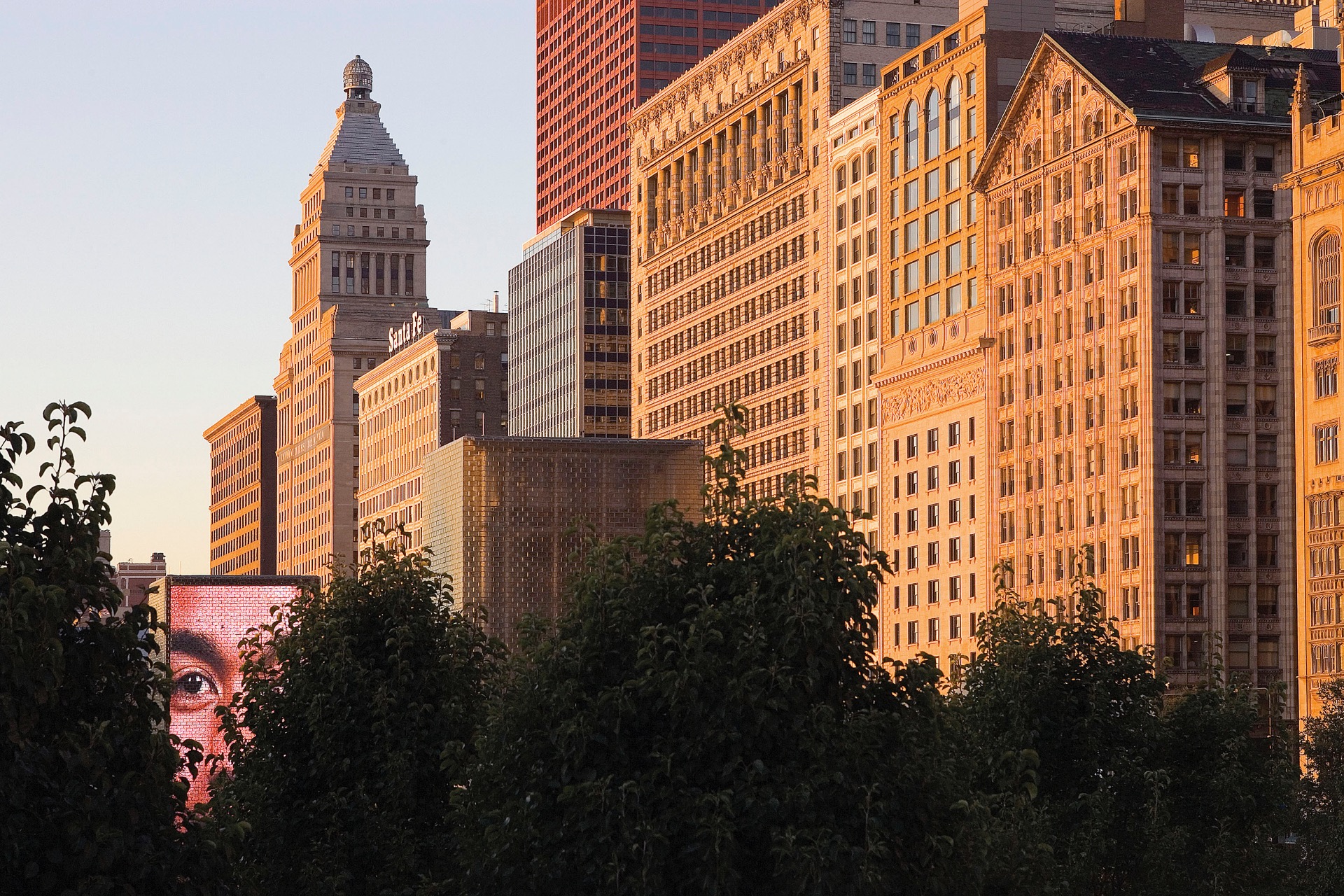 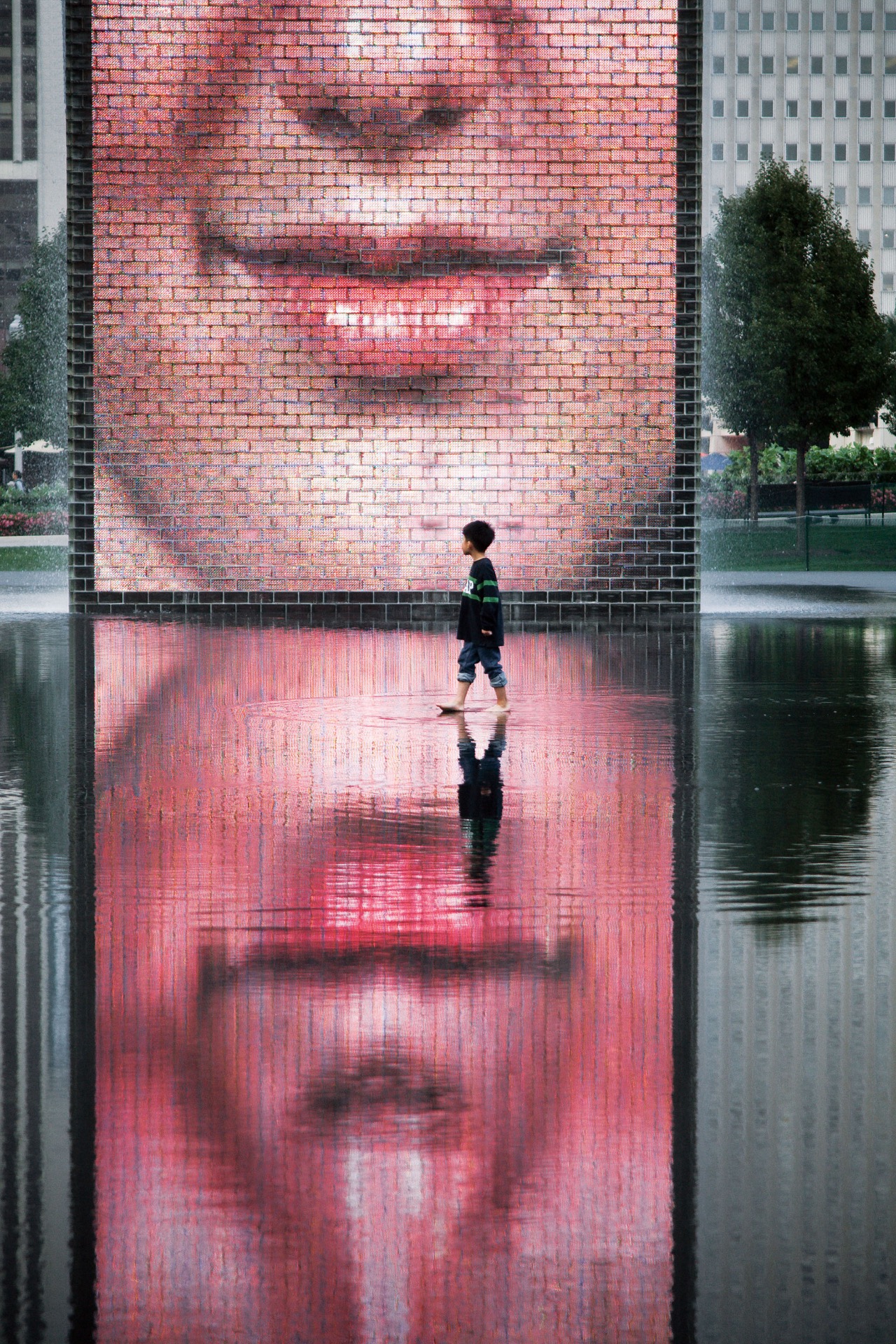 More recently, Plensa’s sculptures have taken the form of tall, elongated heads, the likenesses of people whom Plensa has scanned and manipulated into perceptual enigmas. For Luxembourg Art Week this November, the installation of Carlota (2018) – a four-metre-high cast iron head – is the perfect example of the importance of public space to Plensa’s work. Originally installed at the Dutch Museum Beelden aan Zee last year, where the three-dimensional portrait of the young girl was placed on a grassy hill, Carlota now encounters commuters in Luxembourg as she rests in the bustling city, between a busy road and a tram line. Her closed eyes make the sculpture non-confrontational, evoking instead ideas of meditation and deep thought. A similar sculpture now greets Canadians at the Richmond-Adelaide Centre in Toronto’s Financial District, titled Dreaming, which depicts the same quiet contemplation in white marble and resin.

Plensa’s most recent work, however, departs again from the single monumental heads he has often created, providing four heads this time, again cast in iron, but originally carved in wood. The four pillars, out of which the faces gaze, stand in the meadow next to New York’s Parrish Art Museum, which opened their Field of Dreams exhibit on August 20. The outdoor exhibition is showing works from a variety of artists, not just Plensa: Theaster Gates’ Monument in Waiting is a highlight, while artist Jim Dine has contributed two bronze sculptures, The Hooligan (2019) and The Wheatfield (Agincourt) (1989-2019). Plensa’s pillars are particularly enchanting, however, with president and interim co-chair of the museum’s trustees, Mary E. Frank, describing the sculptures as ‘ethereal and dreamlike’.

Those words are certainly appropriate for any of Jaume Plensa’s artworks. His sculptural installations are both monumental and contemplative, and their placement in public spaces is a reminder for passers-by to stop for a moment to consider their world, their fellow humans, and their own perspective.

If you liked this article, you may like our feature spotlighting artist Nicolas Party. 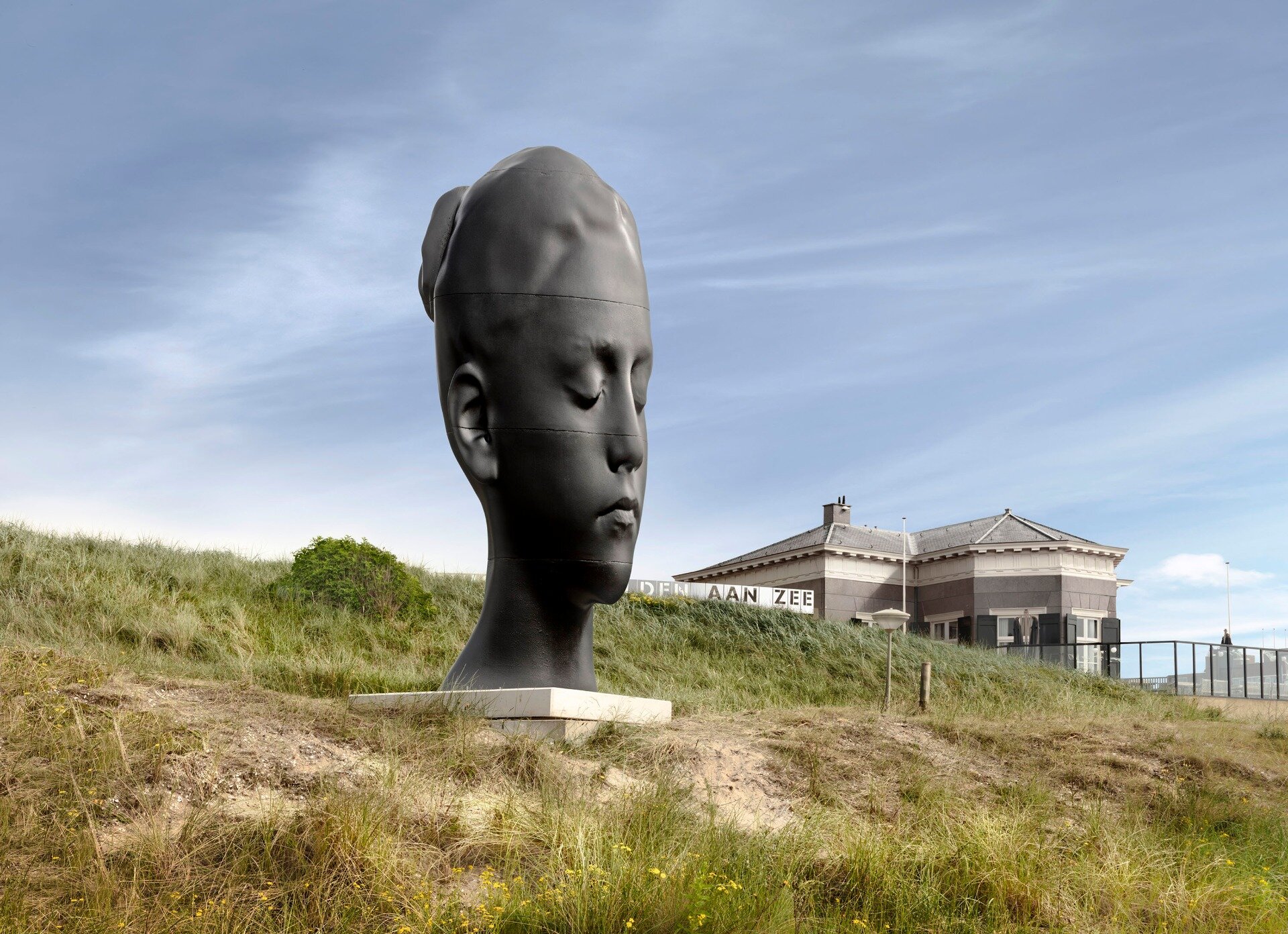