They're aiming to build on the $1.3 million the brand has already raised for the humanitarian organisation. THP envisions a reality in which hunger is eliminated across the globe by 2030, building grassroots strategies for locals to become leaders – and DECJUBA is inviting Australians to #bethechange.

Having already impacted 7.6 million lives globally, DECJUBA is continuing on their eight-year journey alongside THP, which began in 2017. The brand’s efforts are focussed on communities in Uganda, with ‘Epicentre Strategies’ being implemented in Oruka and Mpigi. This is a strategy that unites between five and fifteen thousand people in village clusters via centralised Epicentre Buildings, which develops self-reliance in the community across four phases in eight years. Programs that address health, education, nutrition, and food security all find their base at these epicentres, where locals learn environmentally sustainable skills such as drip irrigation.

So, what does a DECJUBA x THP campaign look like?

I am constantly blown away by our amazing customers who support our work with The Hunger Project… empowering & educating women is at the heart of the model and creating real, sustainable change is something I am incredibly proud of!

The DECJUBA brand, and of course its founder, Tania Austin, is passionate about everyday philanthropy – the D:Gives program, which supports charities like Share the Dignity and Make-a-Wish, is a testament to that. And now, with their latest campaign, DECJUBA customers can support the Oruka and Mpigi epicentres simply by purchasing a THP tee-shirt, where 100% of the proceeds are donated to transform the futures of those most in need. As the CEO of THP Australia, Melanie Noden, says, ‘Together with you - the DECJUBA community - we are shaping a better world full of possibility.’ So, what are you waiting for? Visit the DECJUBA website to buy a THP shirt and #bethechange!

If you liked this article, you may like our feature on Mothers2Mothers, an international non-profit that works in HIV prevention. 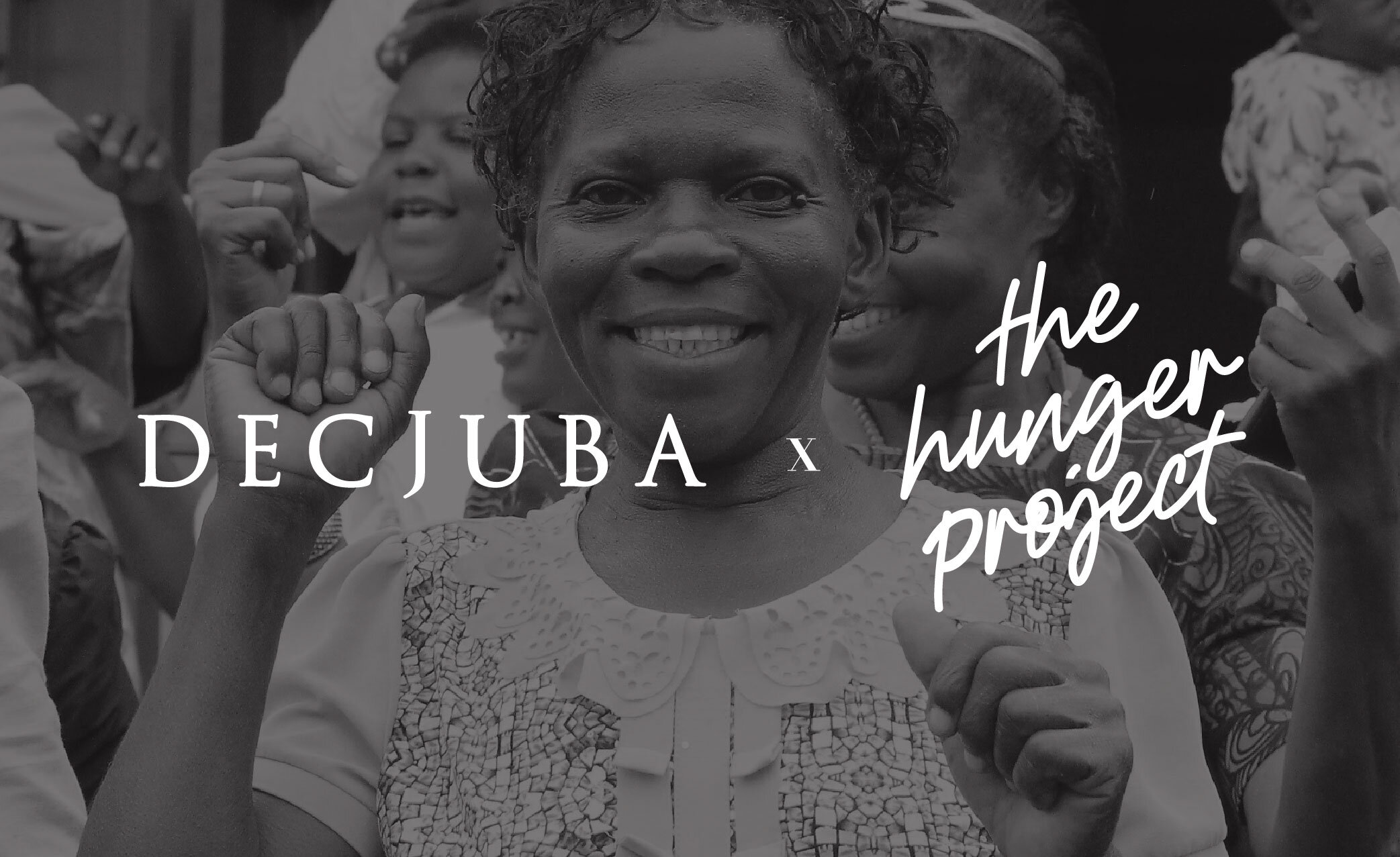