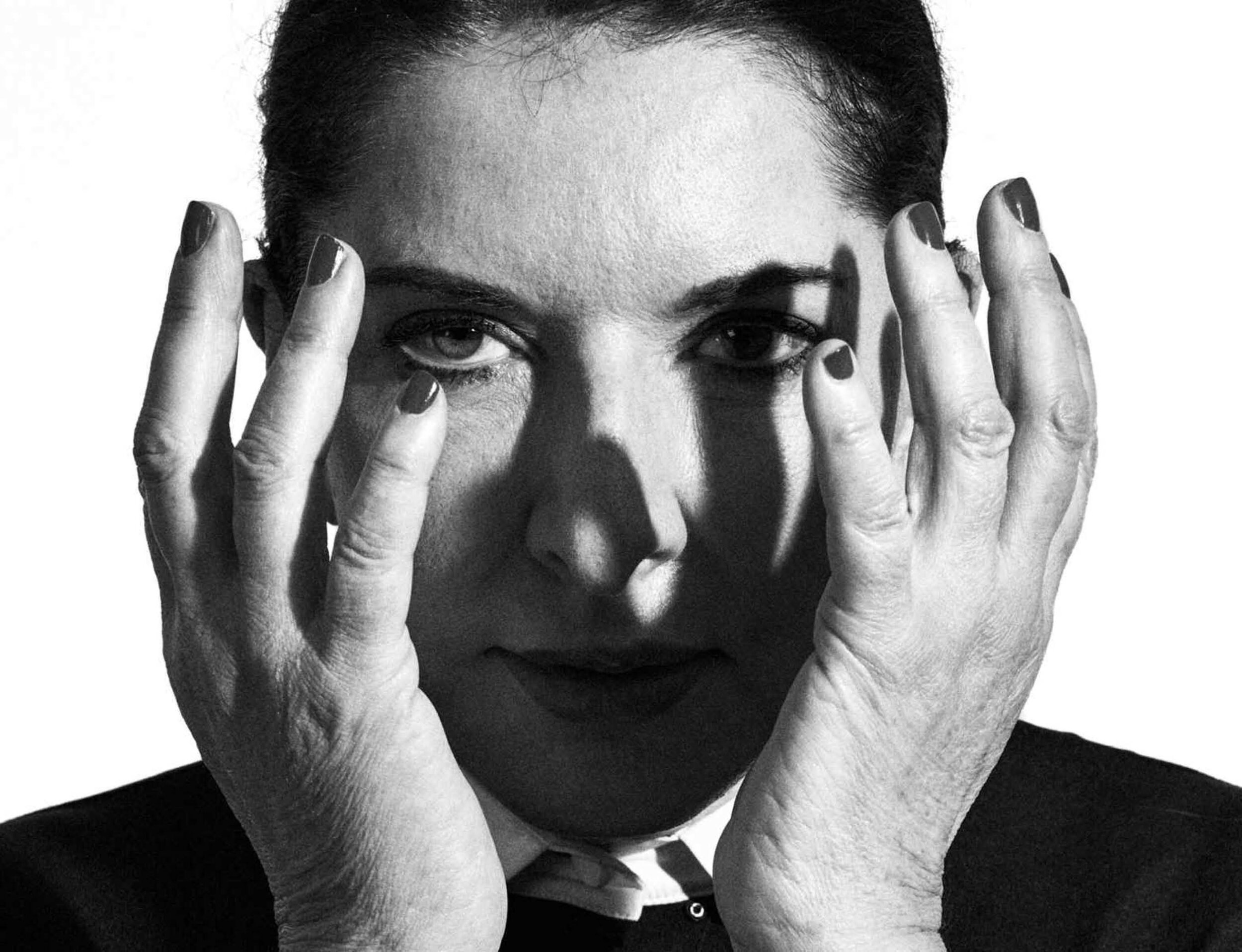 Marina Abramović is a legend in the world of performance art, pushing boundaries and exploring the body as a medium since the 1970s.

Her avant-garde and sometimes dangerous performance pieces experiment with sensation, perception, and human psychology, often through audience participation, and raise themes of emotional and spiritual transformation. This International Women’s Month, we at Casper Magazine pay homage to this incredible performance artist, who forged her own path in the male-dominated art world and continues to inspire today.

Born in 1946 in Serbia’s Belgrade, then the capital of Yugoslavia, Abramović began her career studying art and experimenting with soundscapes, debuting her first performance piece Rhythm 10 at an international festival in Scotland in 1973. Stabbing between her splayed fingers with a selection of ten sharp knives, Abramović demonstrated from the beginning that she wasn’t afraid of pain, cutting herself again and again in the course of her performances. This risk-imbued medium was the ultimate fusion of presence and escape, forcing the artist into the moment while also freeing her from convention and physical limitations. 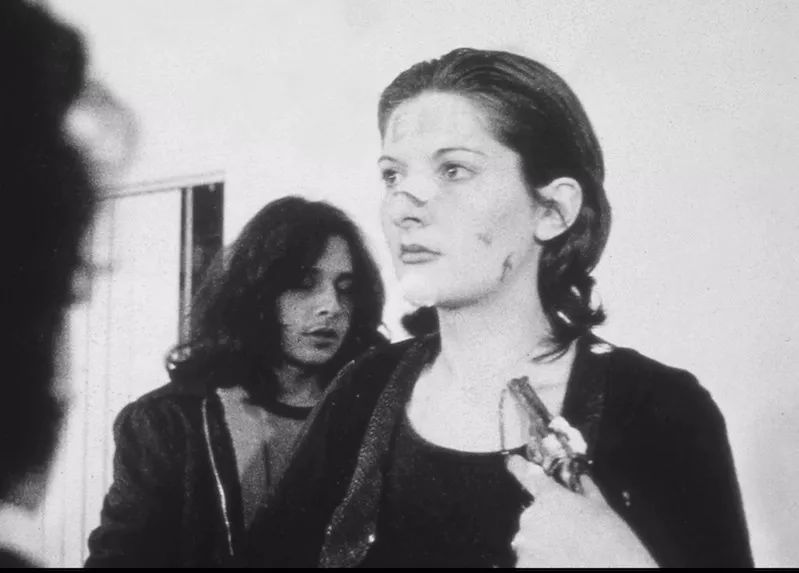 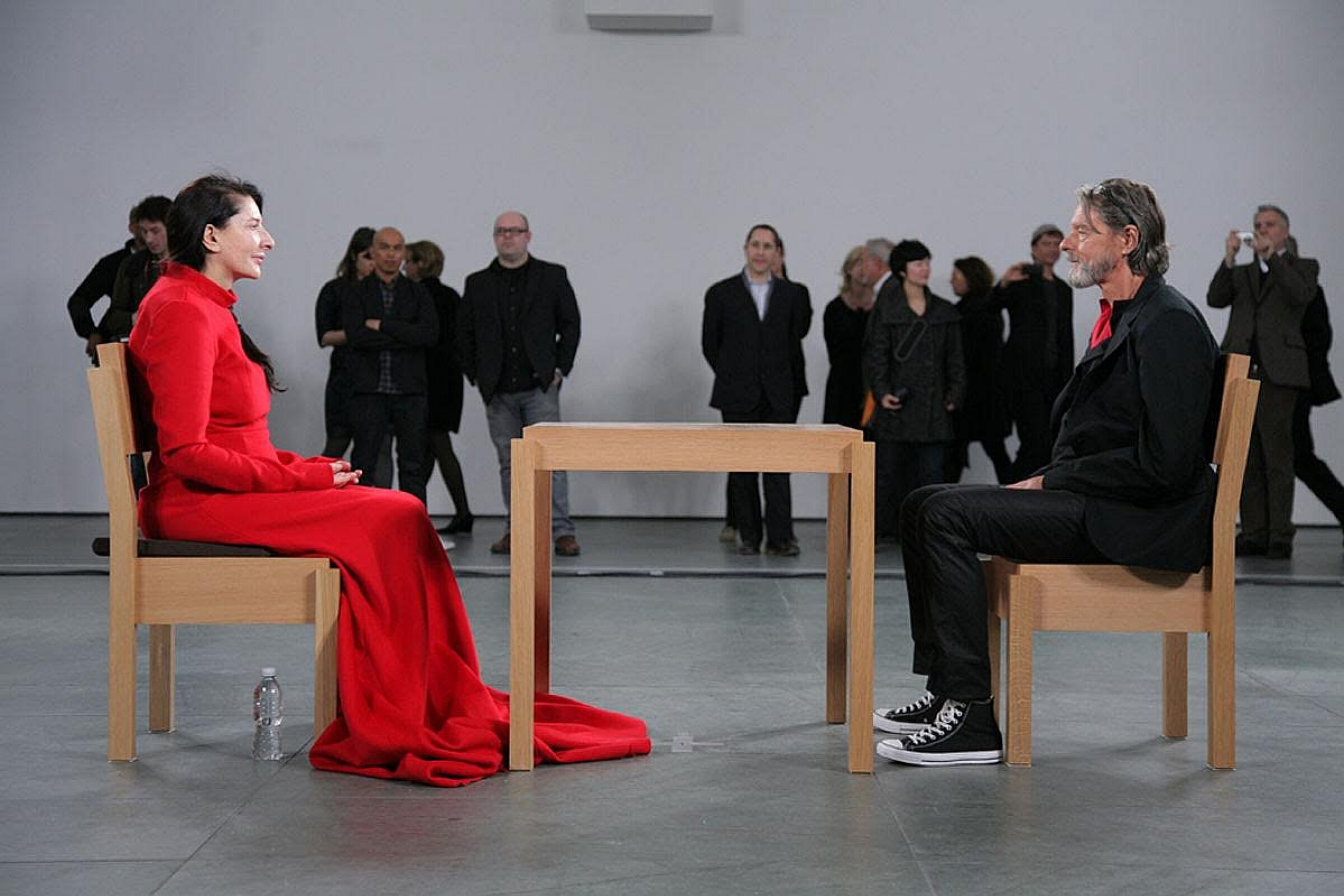 I had experienced absolute freedom — I had felt that my body was without boundaries, limitless; that pain didn’t matter, that nothing mattered at all — and it all intoxicated me.

This transcendence of norms extended past Abramović’s own body and mind as she incorporated audiences into her performance. 1974 saw one of her most notorious works, Rhythm 0, take place in Naples, in which she sat in front of seventy-two objects that her audience could use on her as they pleased. From feather boas to rose thorns and a loaded gun, the objects represented a range of possible actions and effects, ultimately exposing the cruelty of the crowd: members of the audience cut off her clothes and stabbed her with the thorns, culminating in the very real possibility of Abramović’s death. ‘The public can kill you. This is what I wanted to see,’ she explained, concluding the performance covered in blood and tears. But beyond the exploration of human mentality, Rhythm 0 also proved the commitment of the artist to her craft, with Abramović remaining still and unresponsive for the entirety of the performance.

Almost forty years later, the world saw her incredible dedication in a different light at New York’s Museum of Modern Art (MoMA) in 2010. For The Artist is Present, Abramović sat in the empty gallery for eight hours every day for three months, during which time audience members could sit across from her and gaze at the impassive artist. Though simple in description, the reality gave rise to an ‘extraordinarily moving series of encounters,’ with laughter and tears common responses from the audience. Focussing on connecting with the person opposite, Abramović ‘never saw so much pain in [her] life… there [was] nowhere to go except in yourself,’ forcing each participant to connect with themselves as well as the artist. In a beautiful moment, the only time Abramović broke protocol and moved during the performance, she opened her eyes to the late Ulay sitting in front of her, prompting tears of her own. Their relationship, which came to an end in 1988, was an intensely artistic one, with even their separation becoming a performance piece: The Great Wall Walk.

As a performance artist whose works are radical, uncomfortable, and confronting, Abramović has pushed the limits of the body as well as the world’s reactions to art. This has cemented her as a legendary artist, the ‘grandmother of performance art,’ but has also strained personal relationships. Pulled towards situations that are scary and challenging, Abramović has spent a successful career facing the unknown, which she says has made her a ‘better human being.’ But this has always evolved in tandem with her independence and ambition – qualities not always appreciated in women, particularly in the artist’s generation.

If you’re a woman, it’s almost impossible to establish a relationship. You’re too much for everybody. It’s too much. The woman always has to play this role of being fragile and dependent. And if you’re not, they’re fascinated by you, but only for a little while. And then they want to change you and crush you. And then they leave.

Nevertheless, Abramović’s incredible life of confronting, and forcing others to confront, the uncomfortable and often grotesque has immeasurably enriched the art world, in which she holds a deserved place of respect and critical acclaim. Perhaps the world’s best-known performance artist, Abramović both intimidates and inspires, and we at Casper & Casper find her one of the most striking and impressive artists of all time.

To learn more about Marina Abramović, visit her website here. 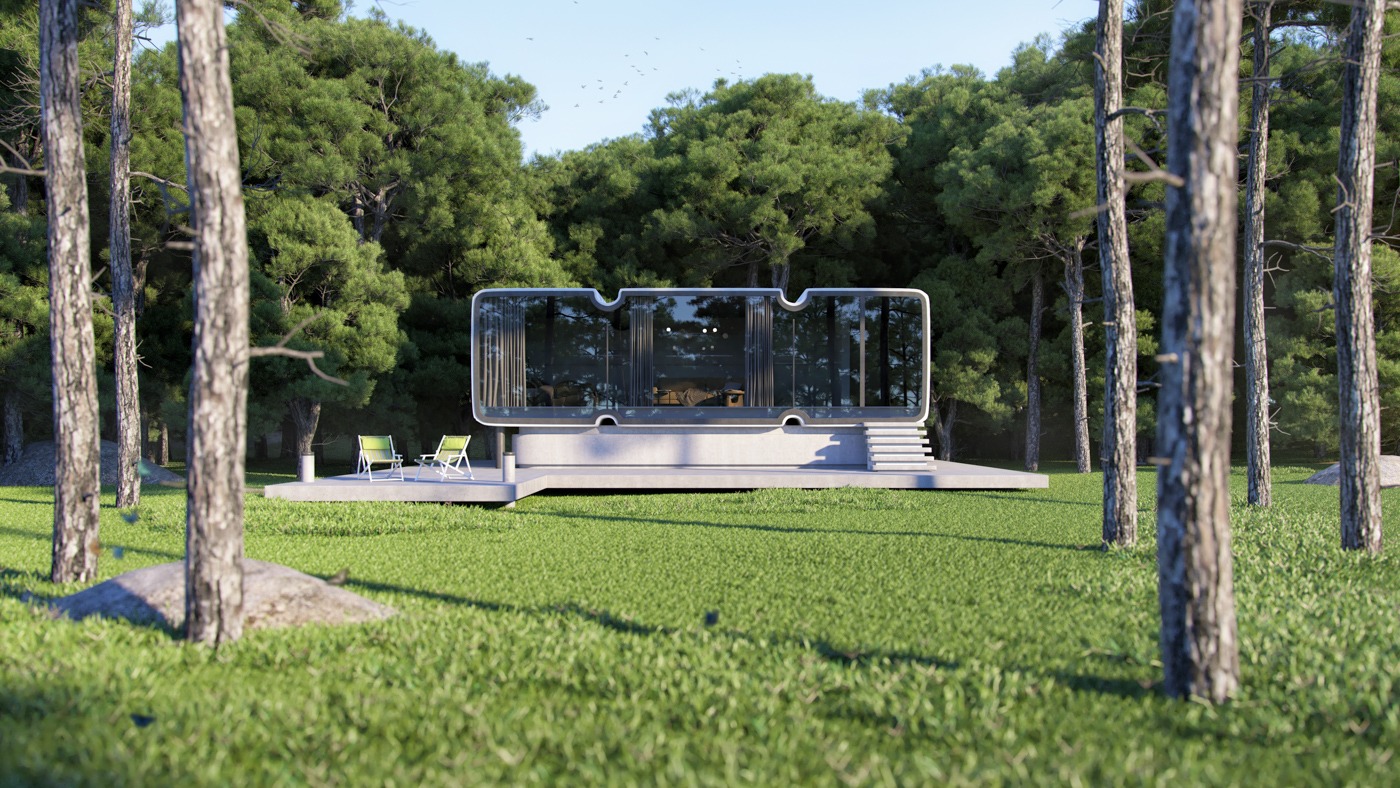 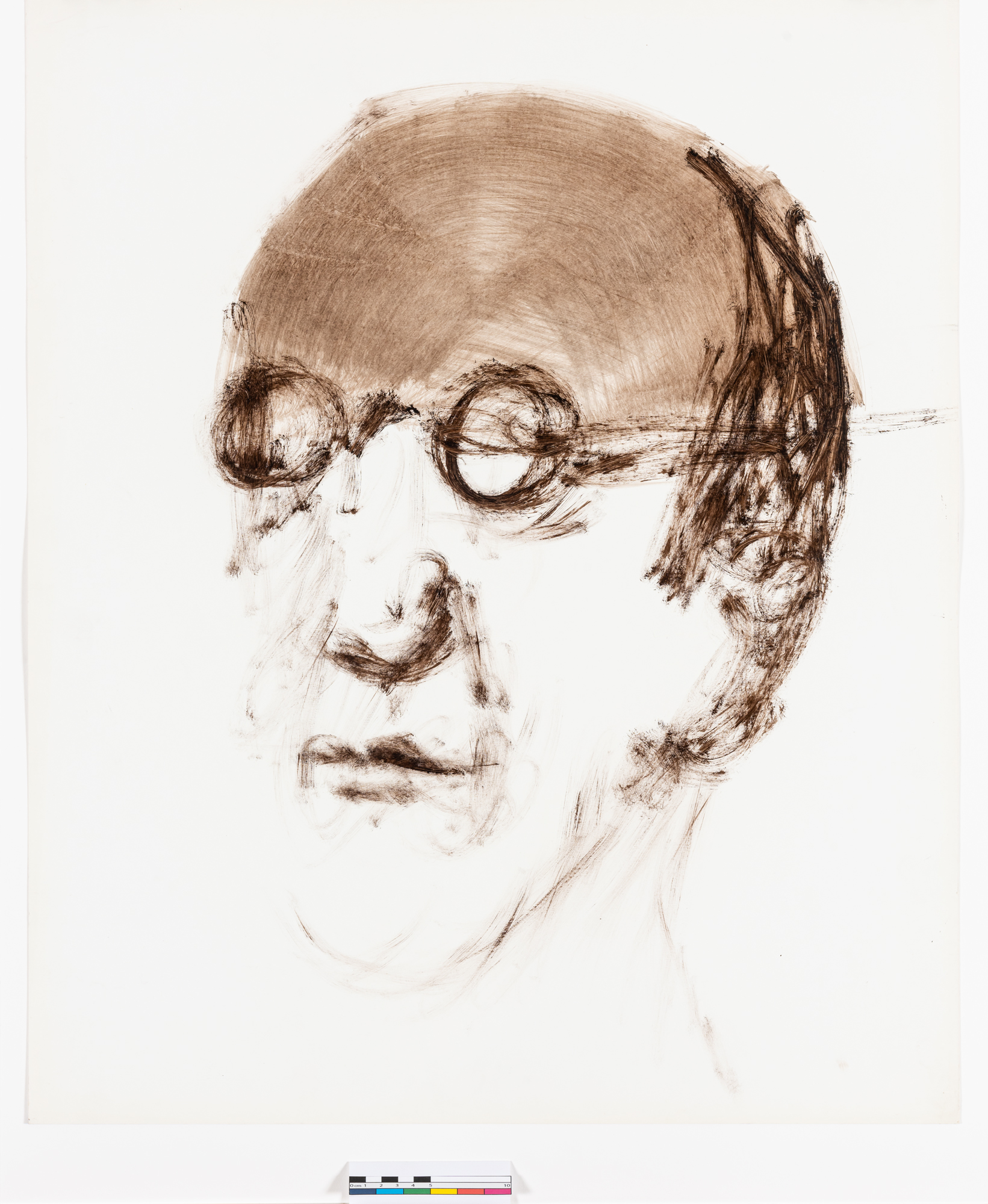 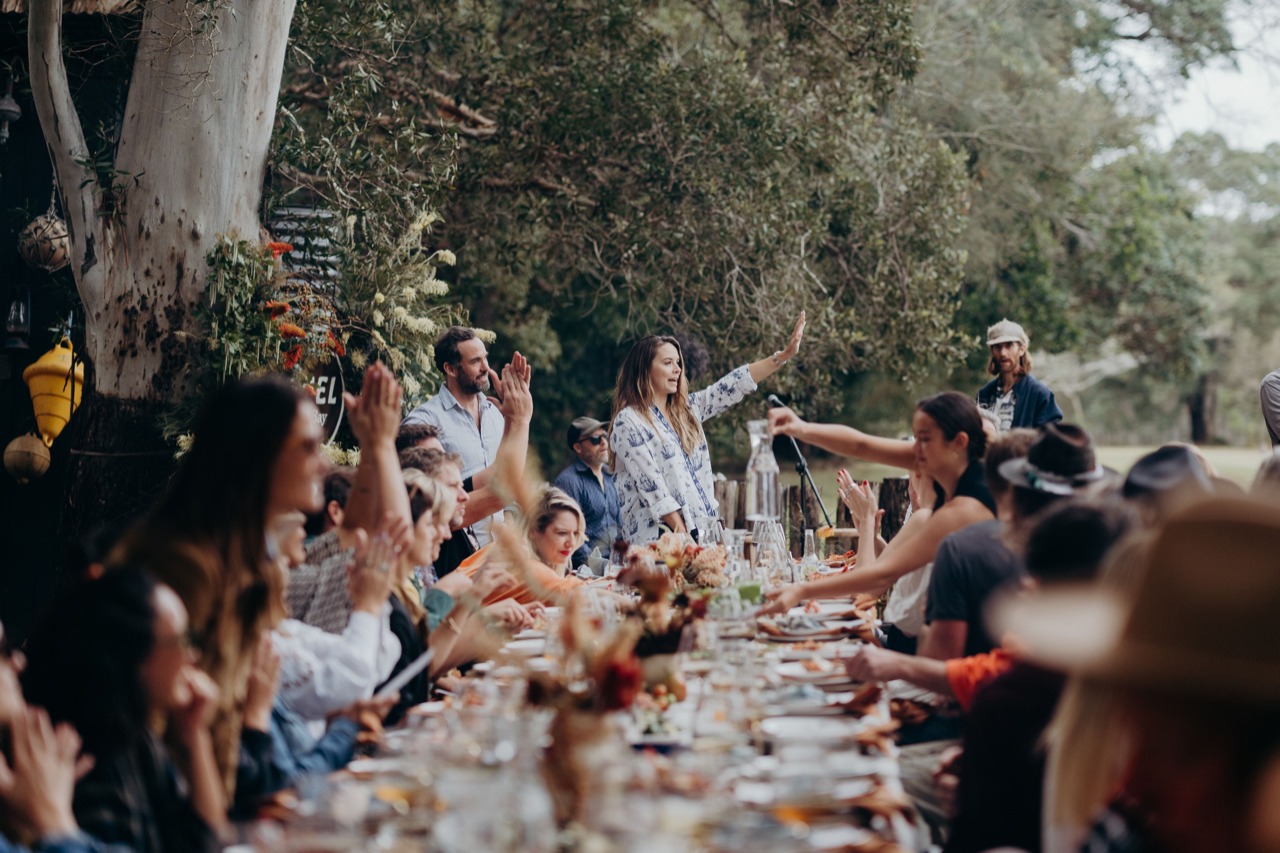 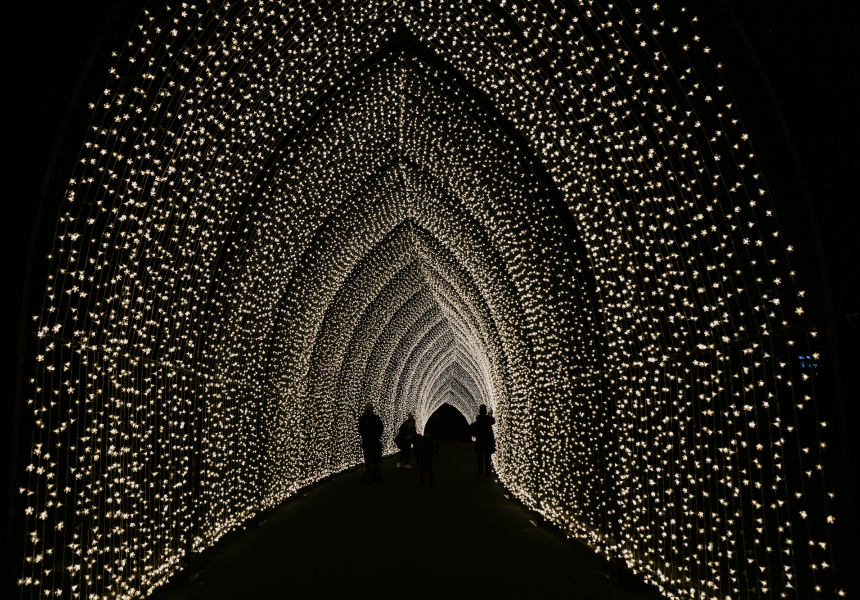