Maxim Zhestkov is a Russian digital artist that we’ve been keeping an eye on for a while: his incredible art films of undulating structures in virtual gallery spaces are both beautiful and fascinating.

He came to our attention once again with the launch of Sony’s PlayStation 5, whose reveal trailer looked suspiciously like Zhestkov’s previous work (though the artist has yet to confirm or deny his involvement). He’s an incredibly unique artist working in intriguing spaces, so we thought it was worth checking out his latest projects.

We were immediately glad to do so: it turns out that earlier this year, Zhestkov started a YouTube vlog to give viewers an insight into what exactly happens at his team’s Moscow-based studio. In the first instalment, he explains that he and his colleagues ‘explore new boundaries of visual languages’ through their experimentation and art films, of which they publish only a fraction. Fans can delve further into the studio’s portfolio through these videos while also hearing from the artist himself, but most of all, the vlog allows those interested in Zhestkov Studio’s works to get an idea of the processes behind the incredible films: as he says himself, ‘the process is a part of th[e] journey.’

For those unfamiliar with these works, it’s a great time to get invested, as art and culture are forced to move into the virtual space in our socially distanced world. Zhestkov describes his inspiration in terms of ‘really [being] obsessed with spheres and particles and small elements, which we can shape [to] create something like a sculpture, but in motion.’ This is the perfect simple description of his and his team’s films. The videos are dominated by massive monoliths constituted by millions of tiny particles, all of which move as one in smooth, rhythmic patterns. We’ve also seen smooth structures bisected by invisible shapes to reveal brightly layered colours within – a spectrum of works that Zhestkov encapsulates by telling his audience that his team is ‘playing with symmetry and chaos’ in their projects. 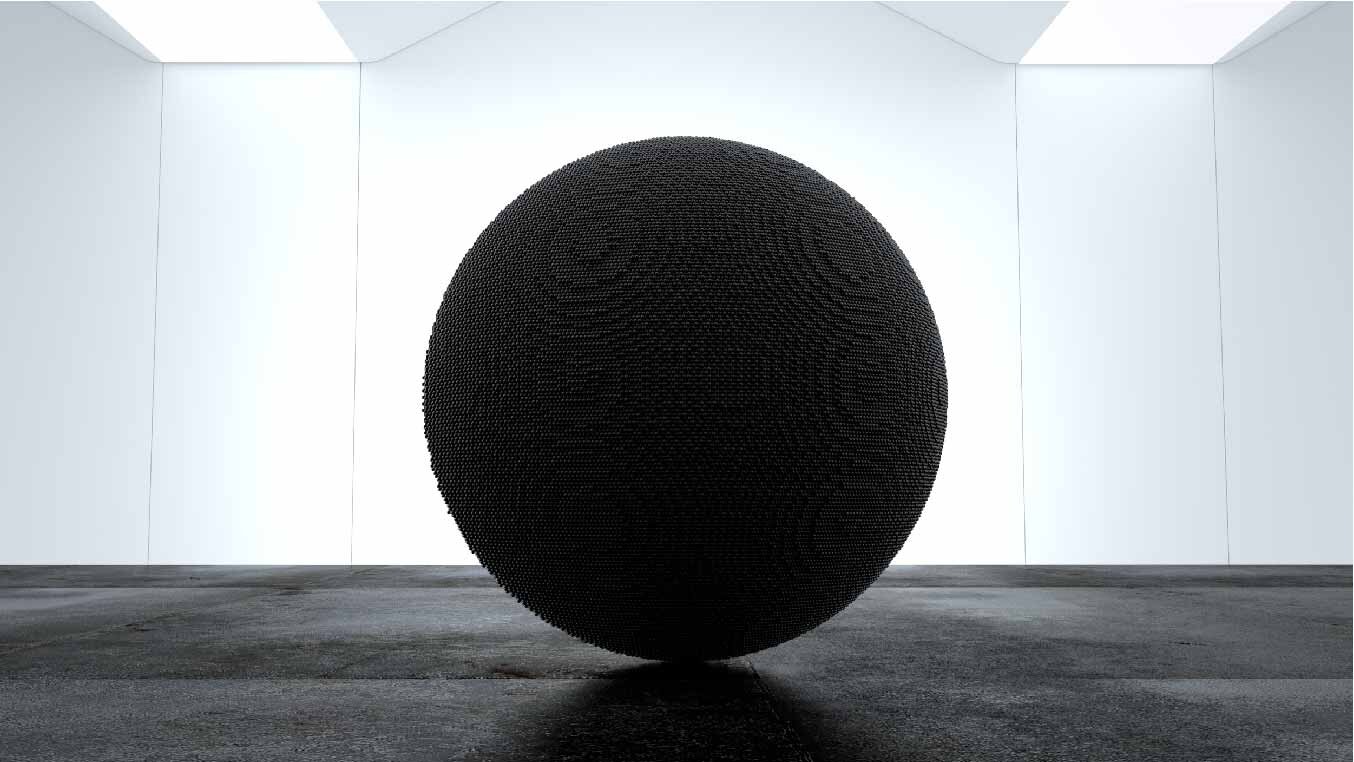 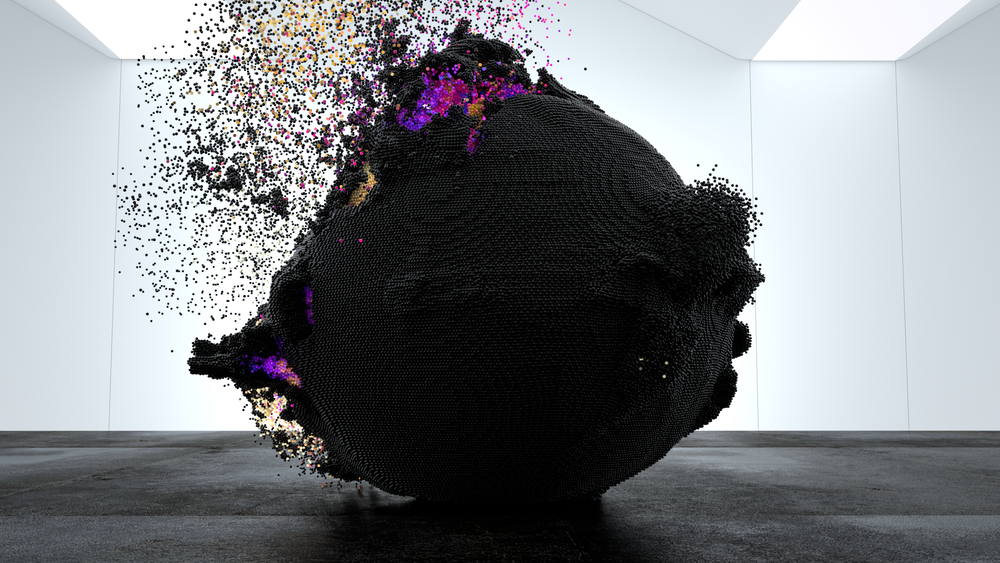 Their newest upcoming project is Artificial Organisms, an exploration of the ‘concept of artificial life.’ The team has created a space in which virtual organisms can live and evolve in a ‘digital ocean’, capturing how some of them move, thrive, and interact with their environment. These ‘creatures generated by code, neural networks and computer simulations’ are startlingly organic in form and movement, though perhaps that shouldn’t be surprising given the fluidity of Zhestkov’s past works. In emphasising the fact that these creatures are, in a sense, living, the project raises interesting questions about artificial life and intelligence that are being ever more pertinent for the art and technology worlds.

Maxim Zhestkov is one of the most progressive and unique digital artists we’ve seen today, and no doubt will be on the radar for many digital art enthusiast.

We're eagerly anticipating to see more projects by this creative genius – and if you are, too, definitely consider watching his vlogs. They're quite short, only running between five and ten minutes, and provide a fascinating insight into the artist's crafted digital worlds.

Supernova is an experimental 4K art film directed and designed by Maxim Zhestkov and made in Zhestkov.Studio Everything around and inside us was conceived in a huge explosion of a star billions of years ago… and, probably, recycled from other matrices myriad times. In this eternal carousel of matter, particles gather, form complicated structures and then burst into all directions fusing atoms together and producing new elements and points of view, new colours and patterns of perception. Explosions could be perceived as a destructive force and the process of tearing previously formed matter apart and, therefore, could have negative connotations; however, fundamentally, only the process of breaking familiar structures and rearranging them into new, more sophisticated shapes could kindle new meanings and ideas and be the main creative force forming the future. In the art film, we made computer simulations with millions of particles to explore the behaviour and the beauty of the creative force of destruction.

The art film was initiated as the titles sequence for FITC 2019 / Amsterdam.