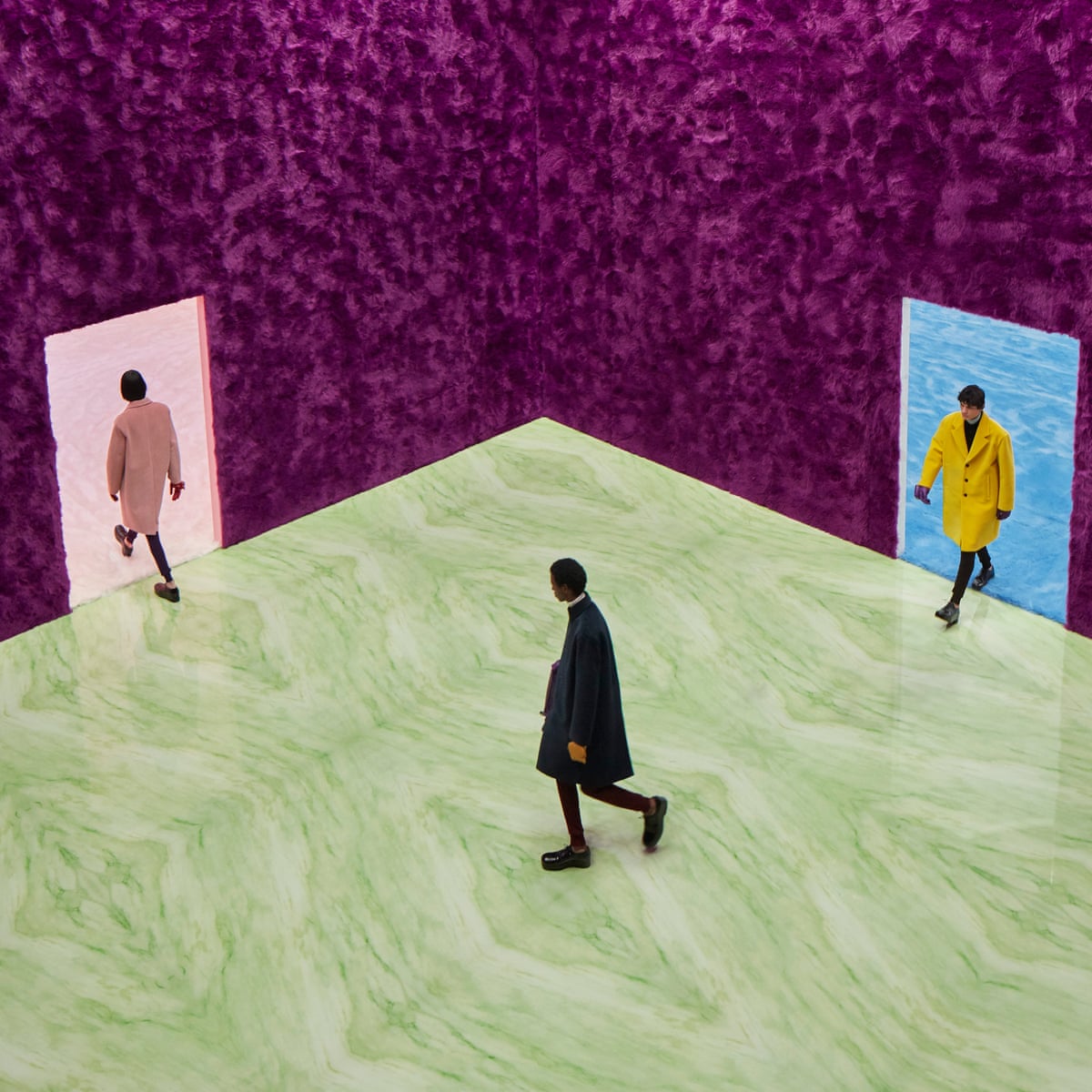 The Prada FW21 Menswear collection by Miuccia Prada and Raf Simons takes as its basis an intimate and personal wish for contact - our urge to exchange and relate.

The need to feel, the pleasure of tactility, results in a panoply of surface texture and textile. Provoking a conceptual sensory stimulation through the geometric-patterned jacquard, knits and leathers are combined with re-nylon, bouclé tweeds, and classic pinstripe wool suiting, in both traditional and unanticipated colours.

The interplay is projected outwards, to the sequence of rooms the models navigate through the show. Each excites the senses: backdrops brilliantly hued, the models’ isolated passages underscored by an original electronic soundtrack by Plastikman (AKA Richie Hawtin). Devised by Rem Koolhaas and AMO, the show’s ‘non-spaces’ are defined by panes of marble, resin, plaster, and faux fur. Inviting and seductive, they can pretend to be both interior and exterior, hard and soft, warm and cold: simultaneously both and neither, they allow absolute freedom of interpretation and expression. 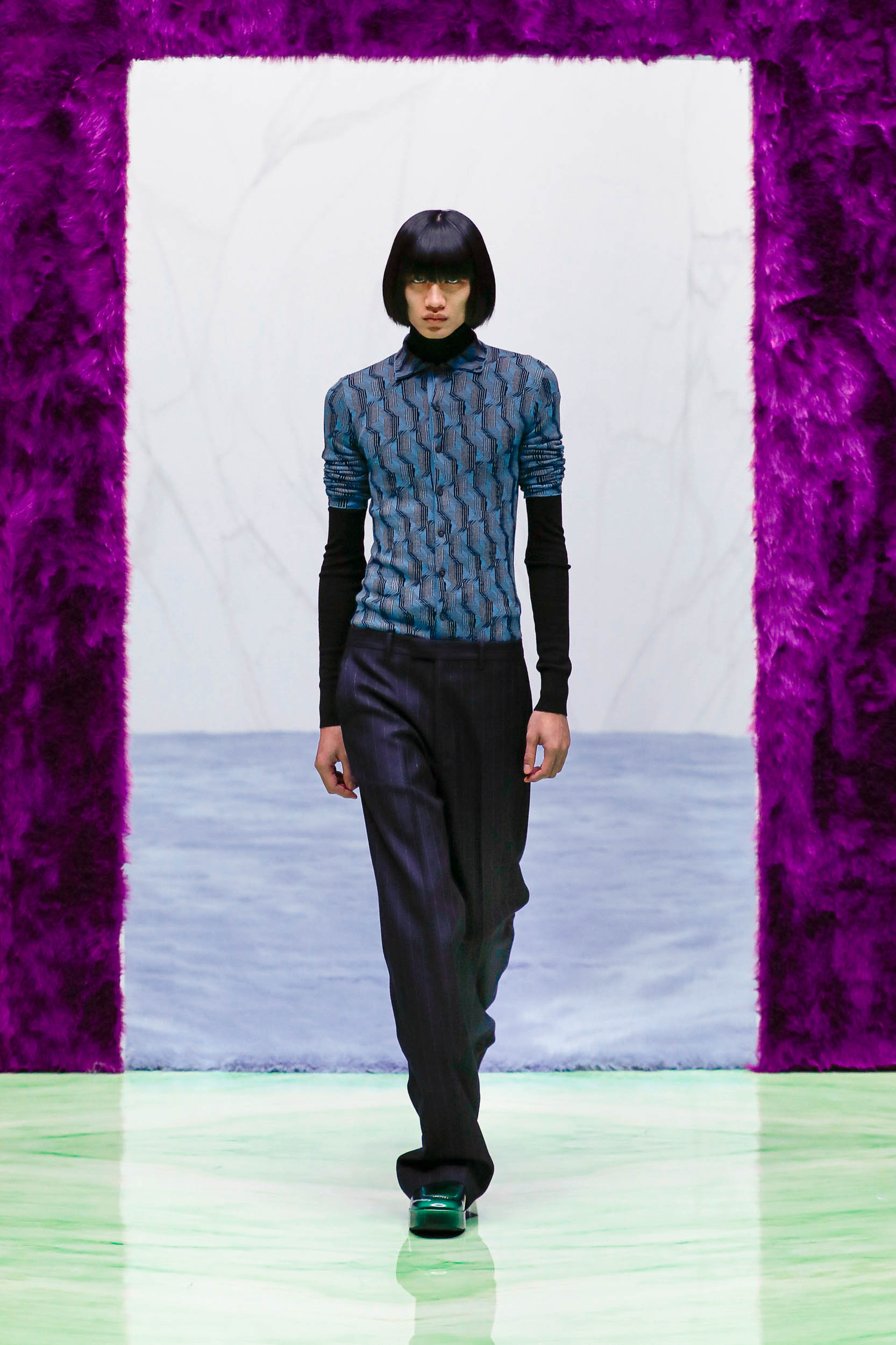 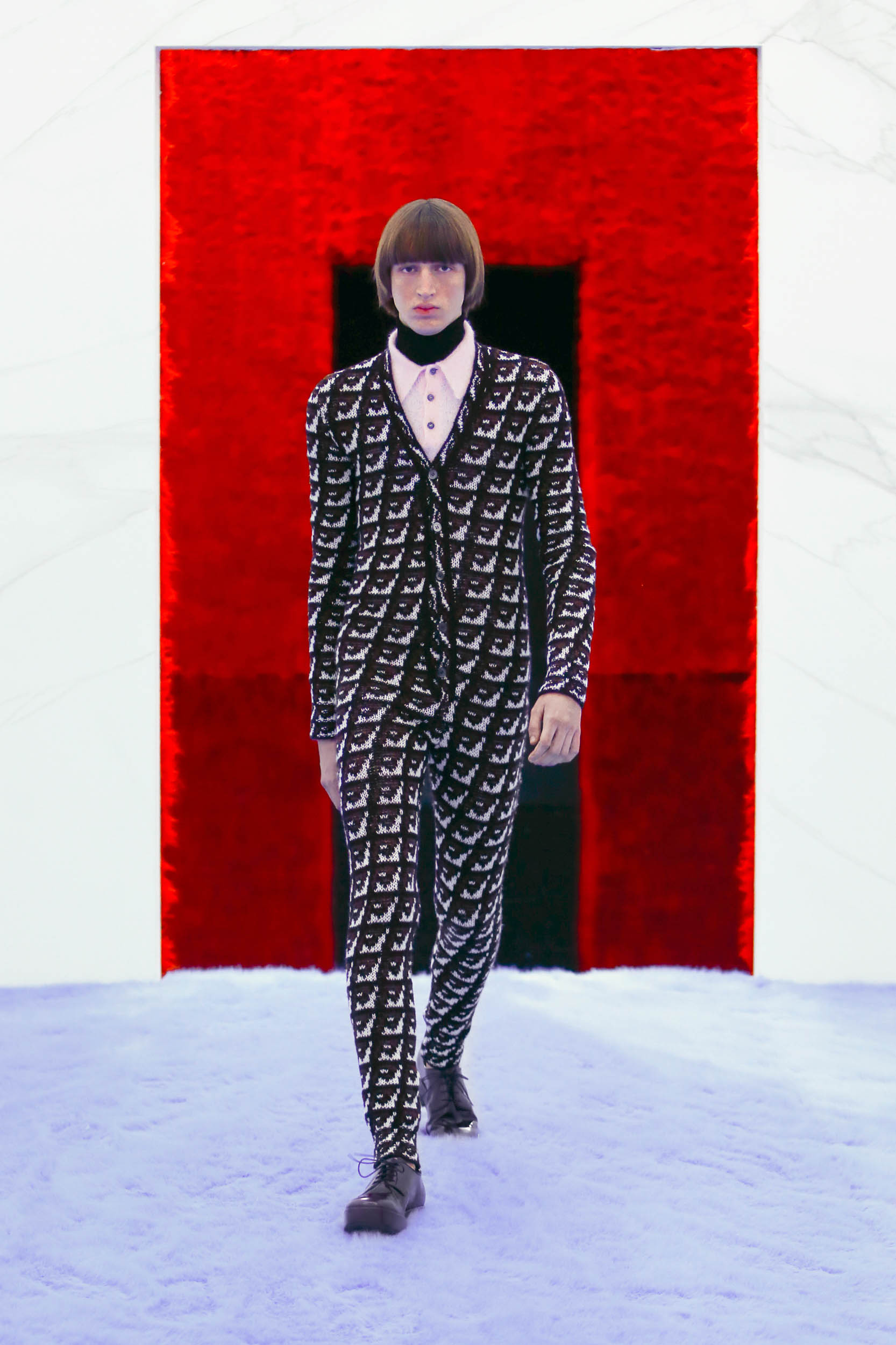 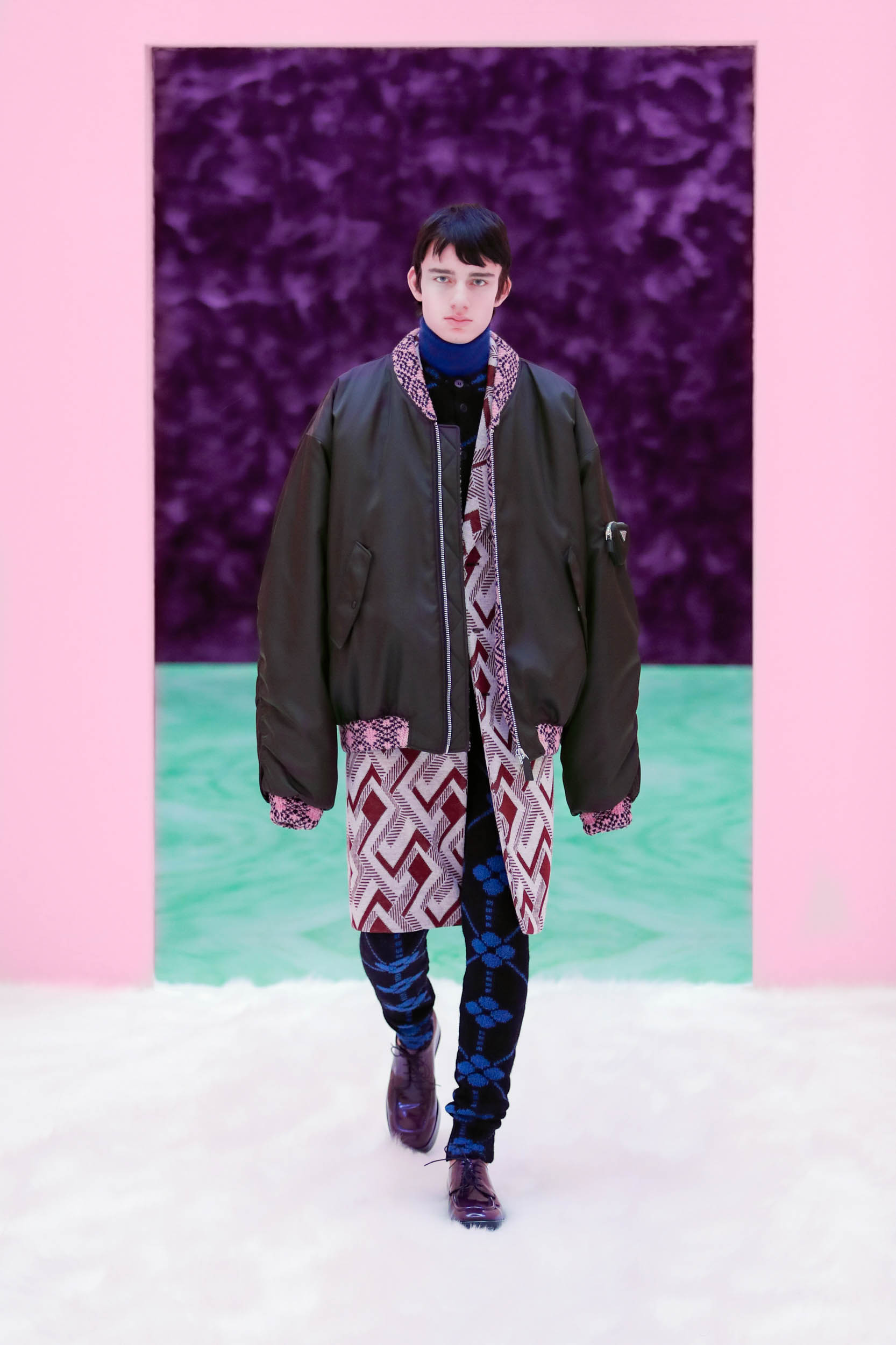 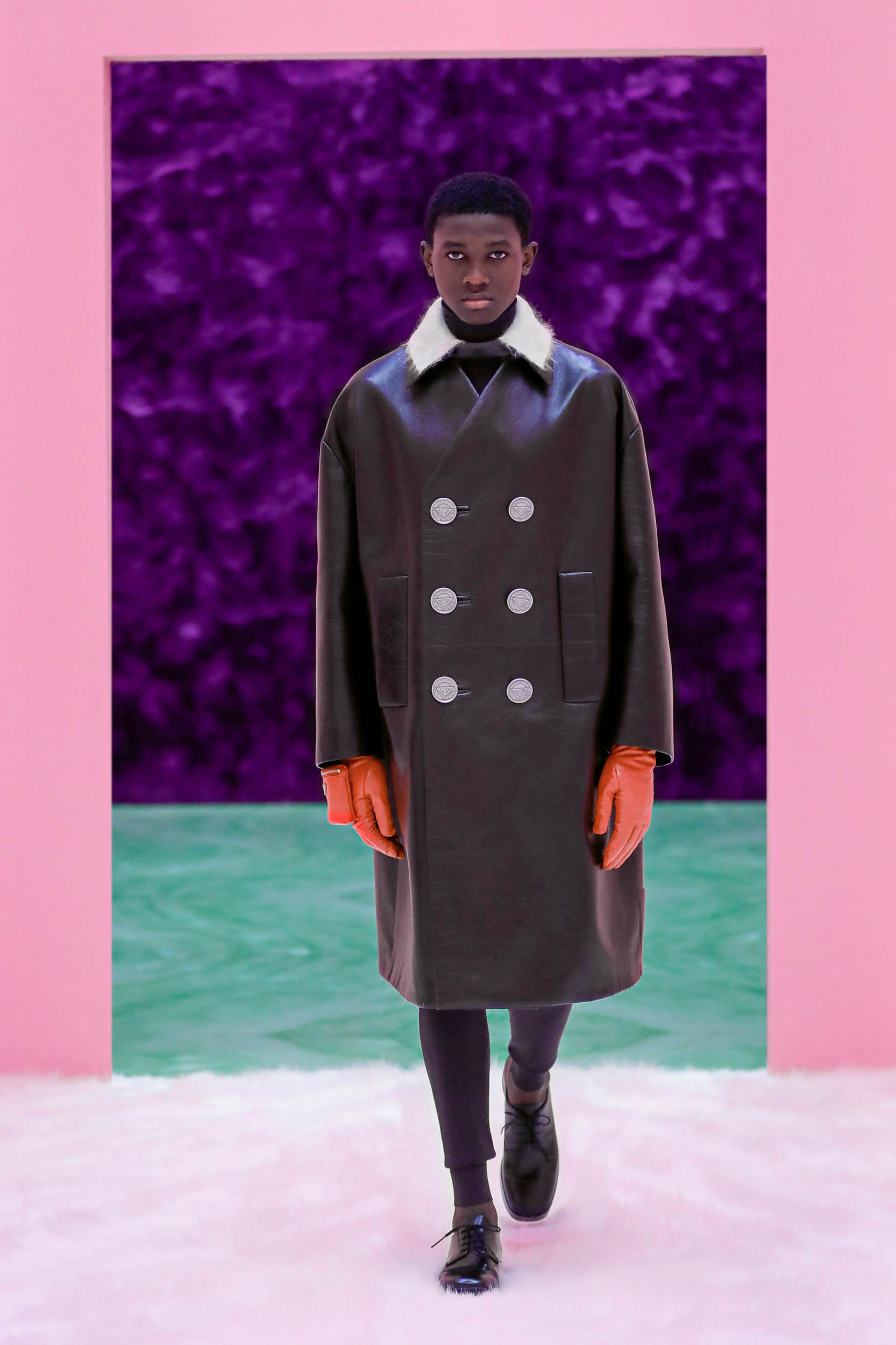 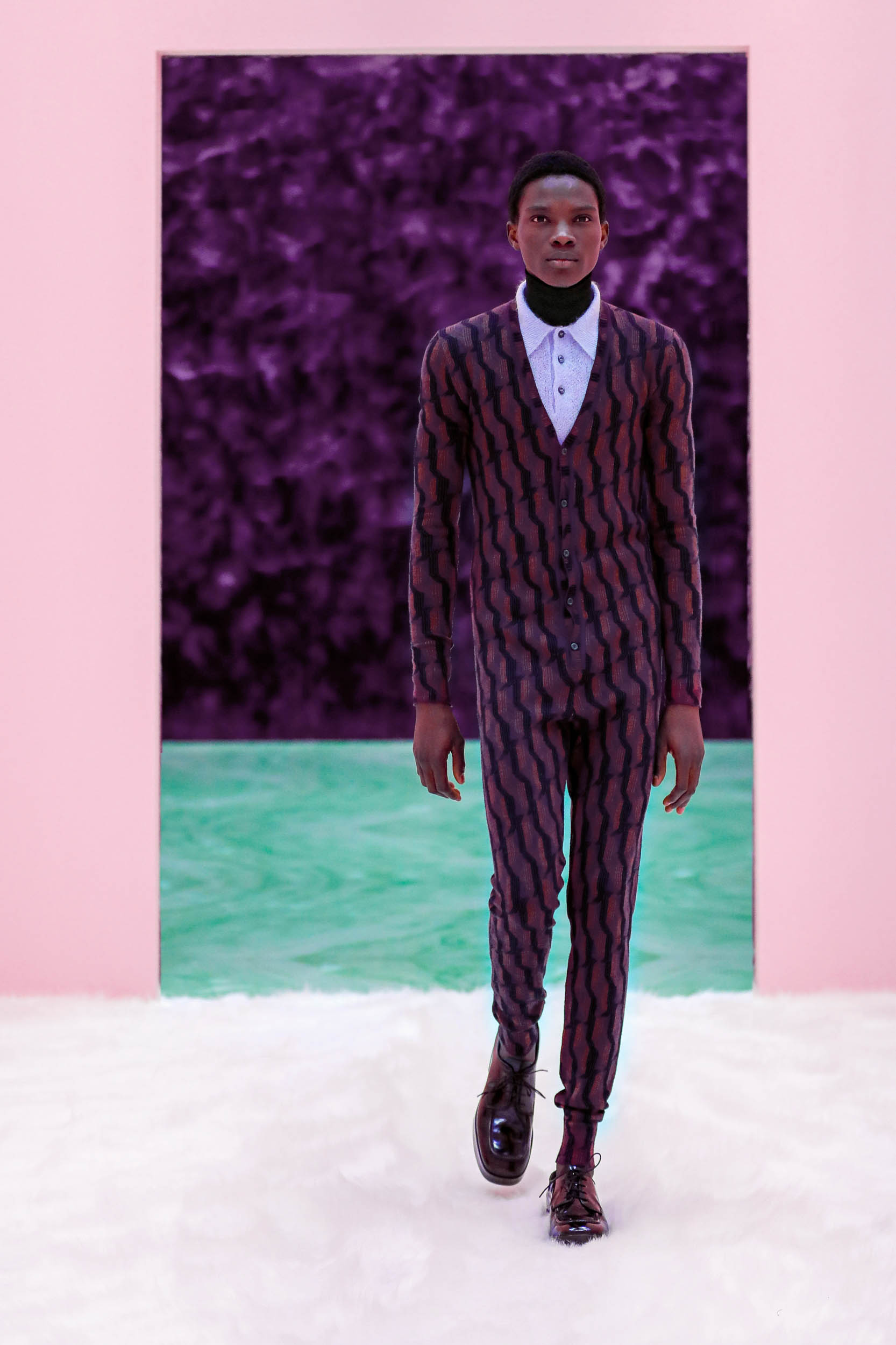 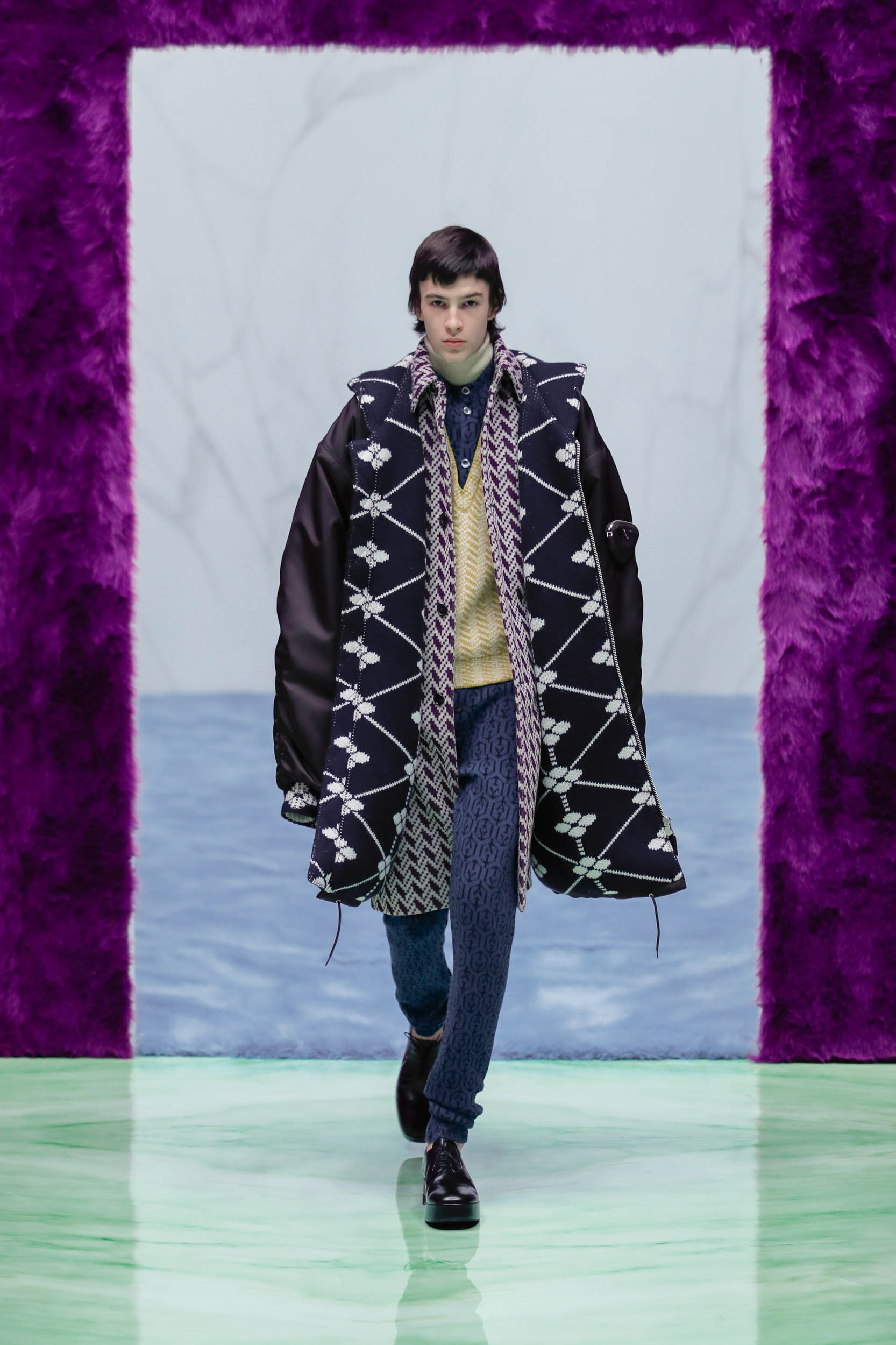 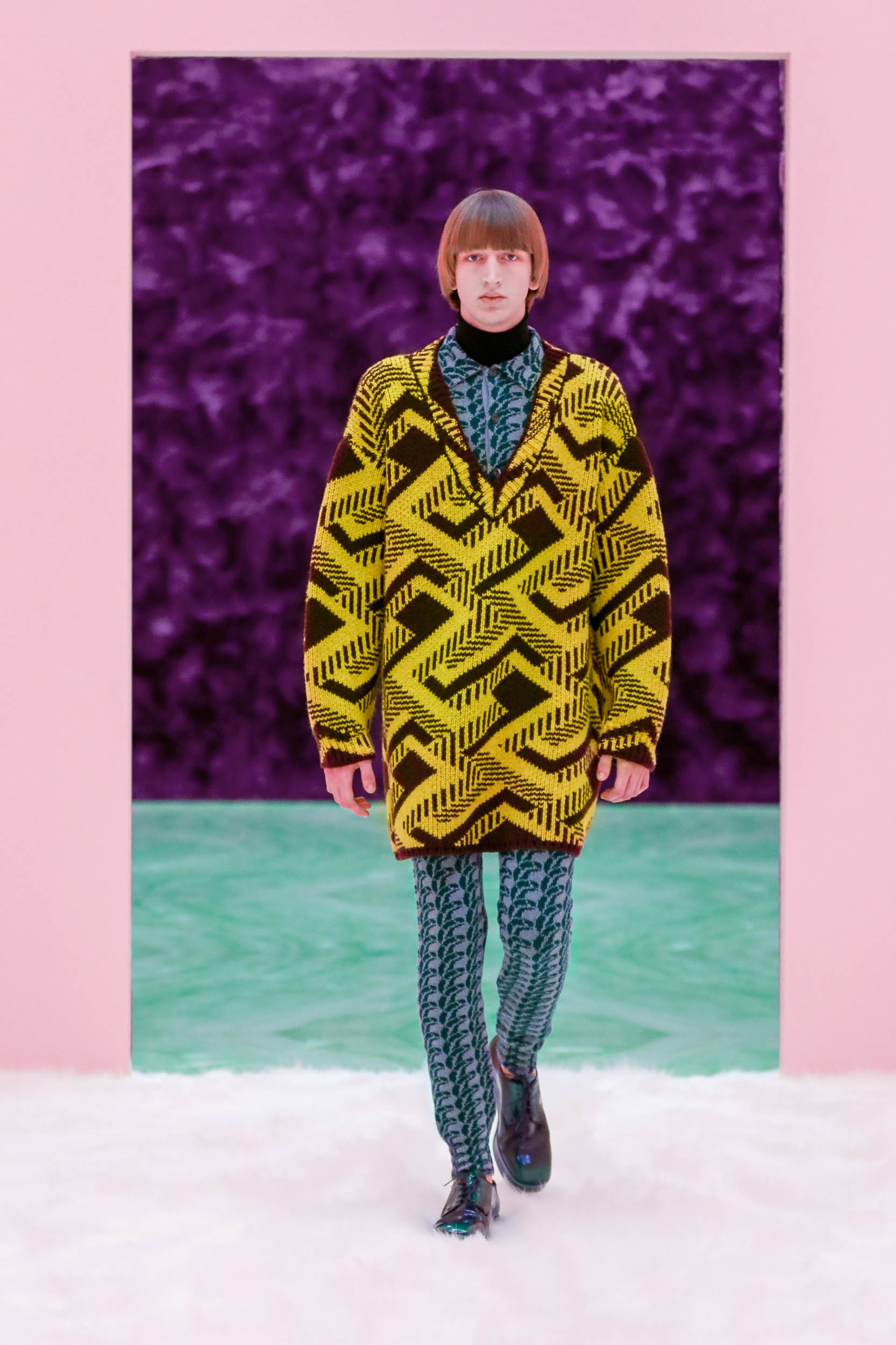 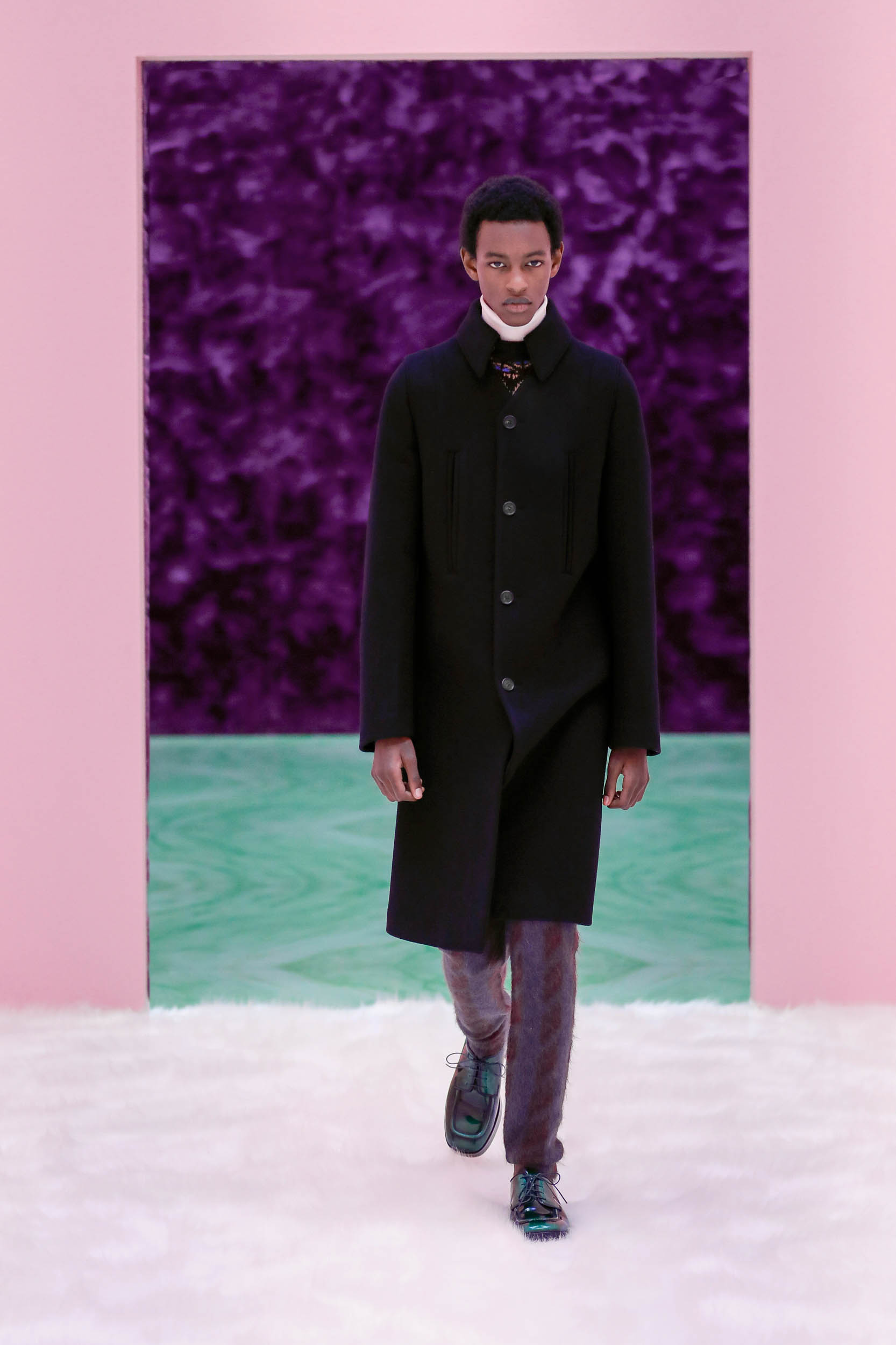 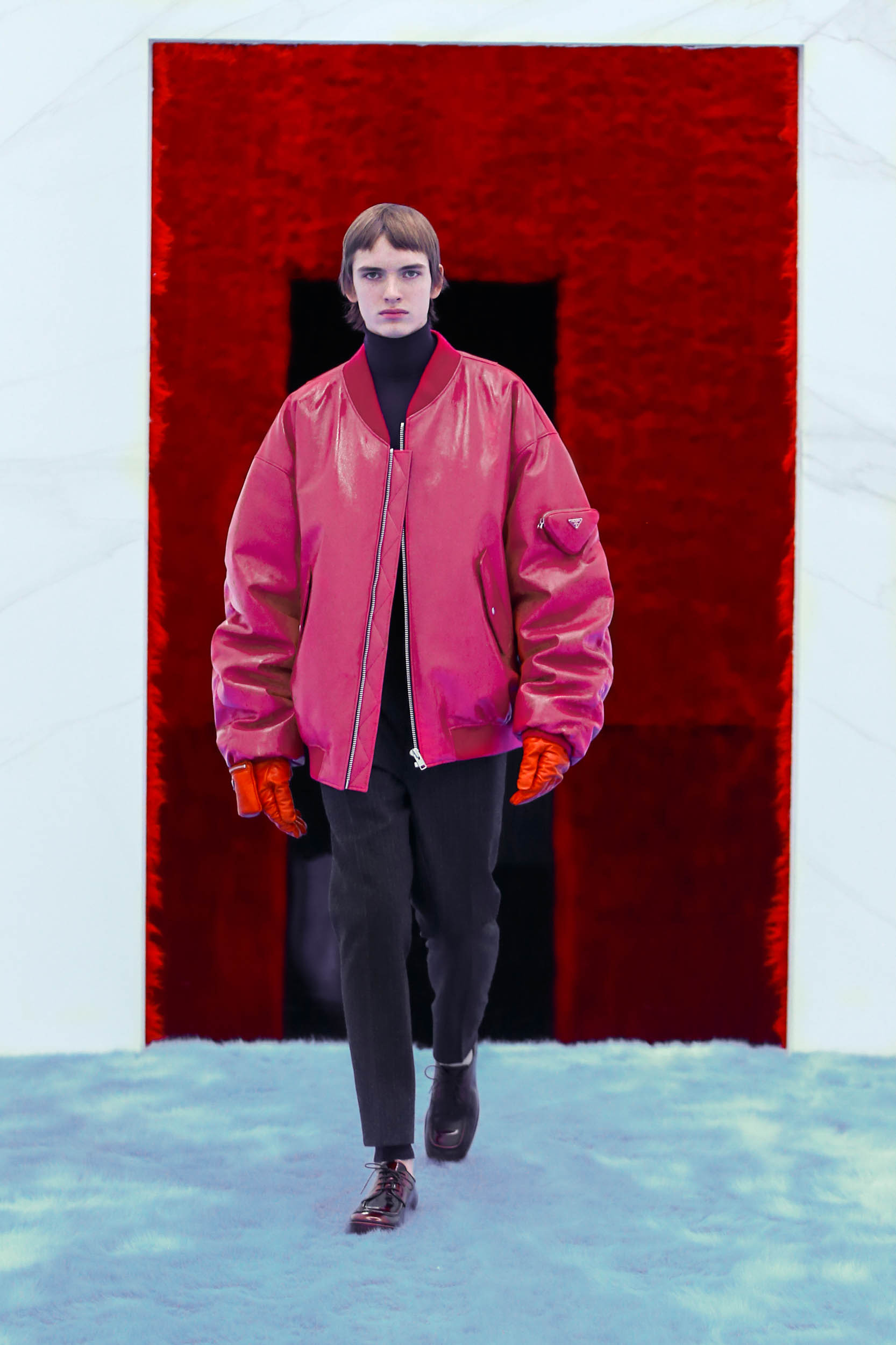 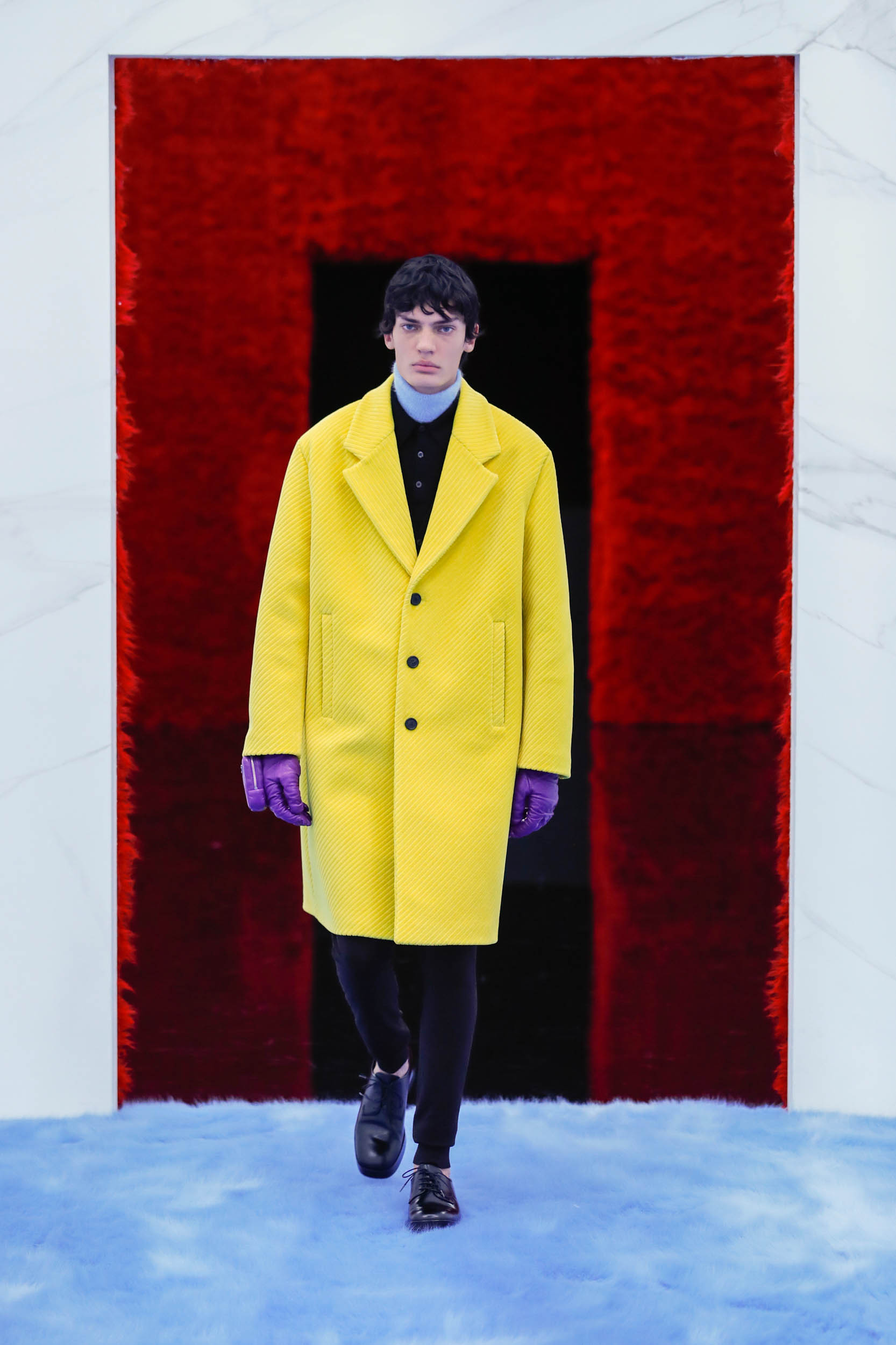 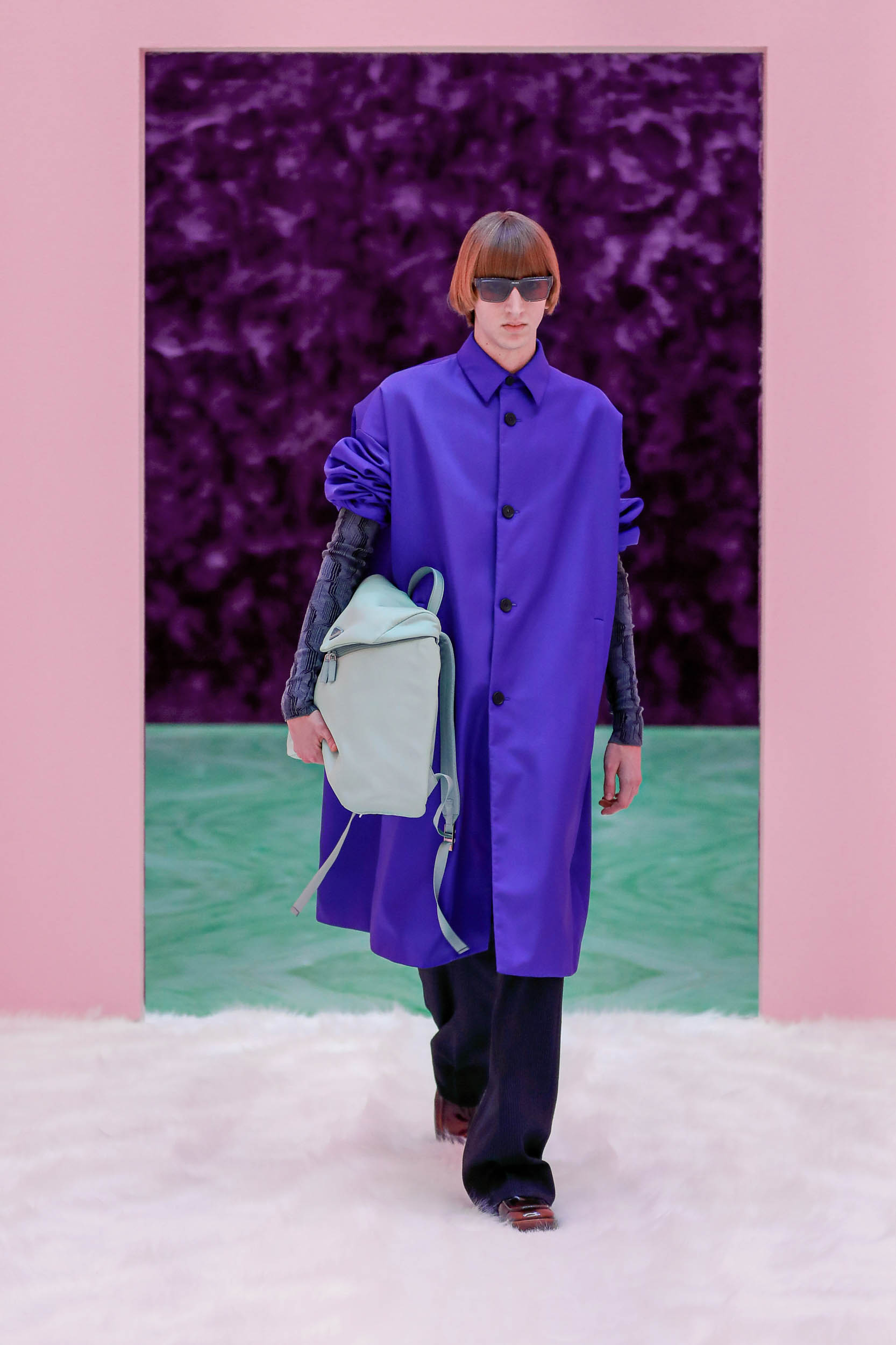 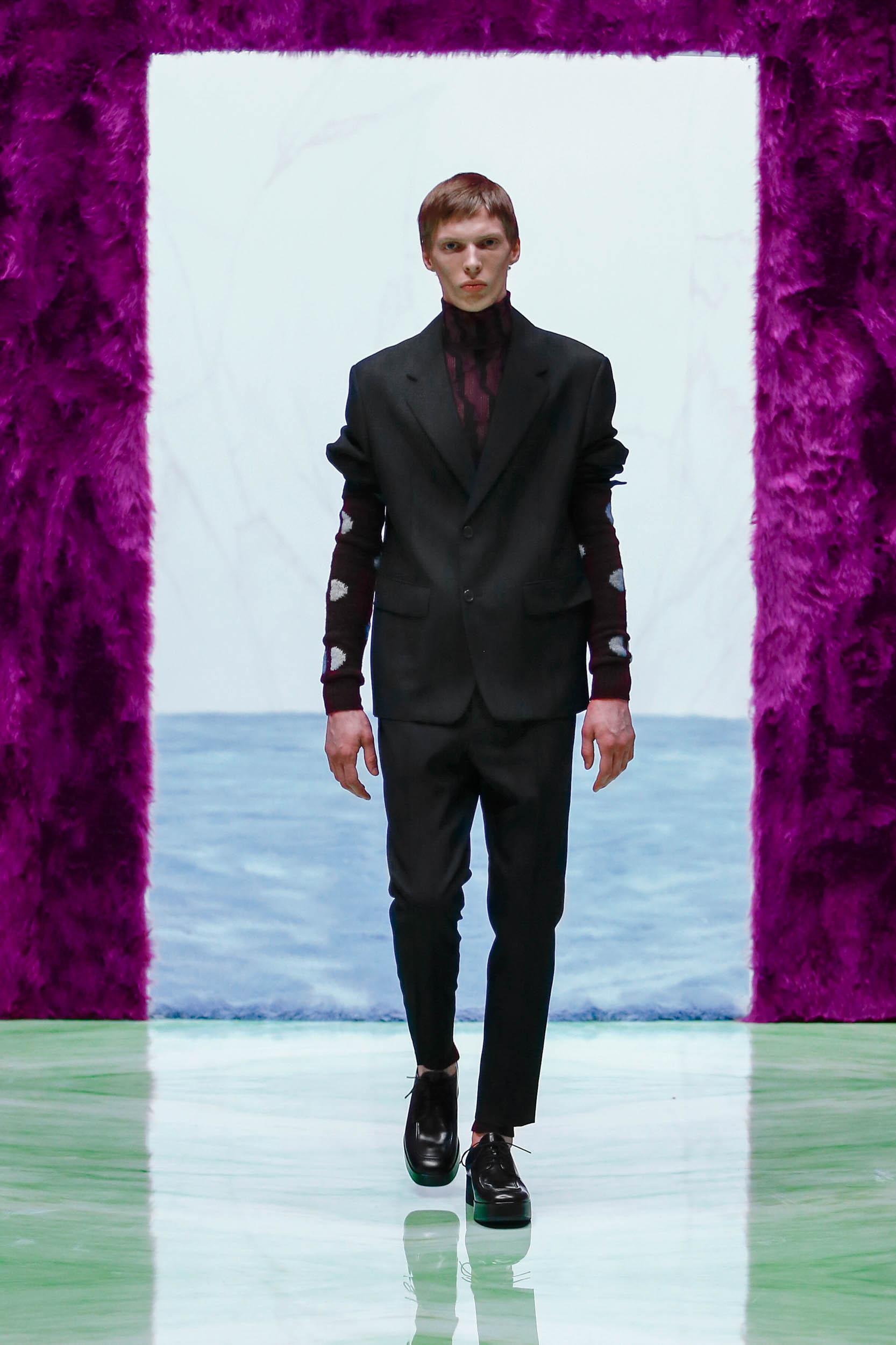 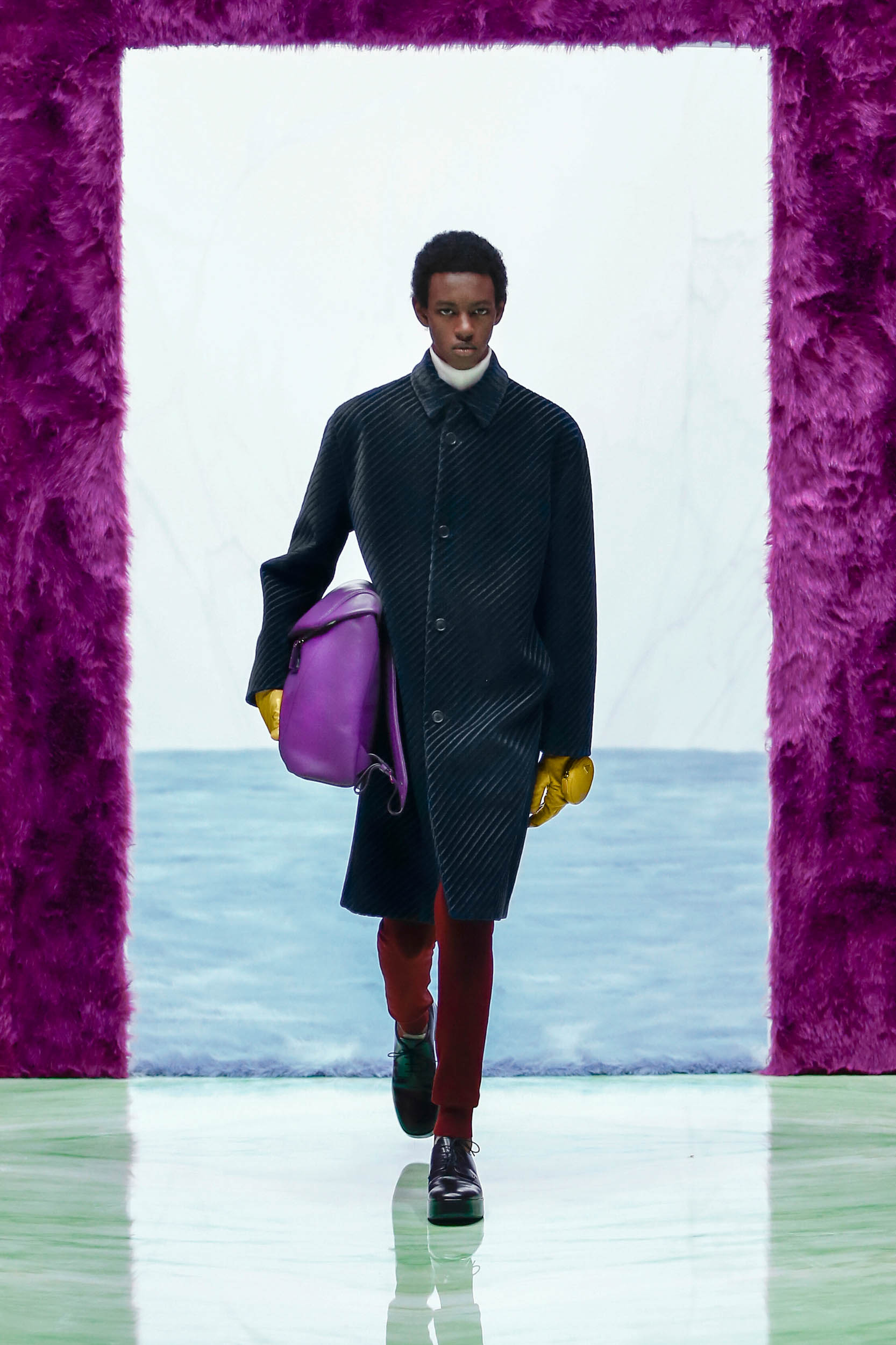 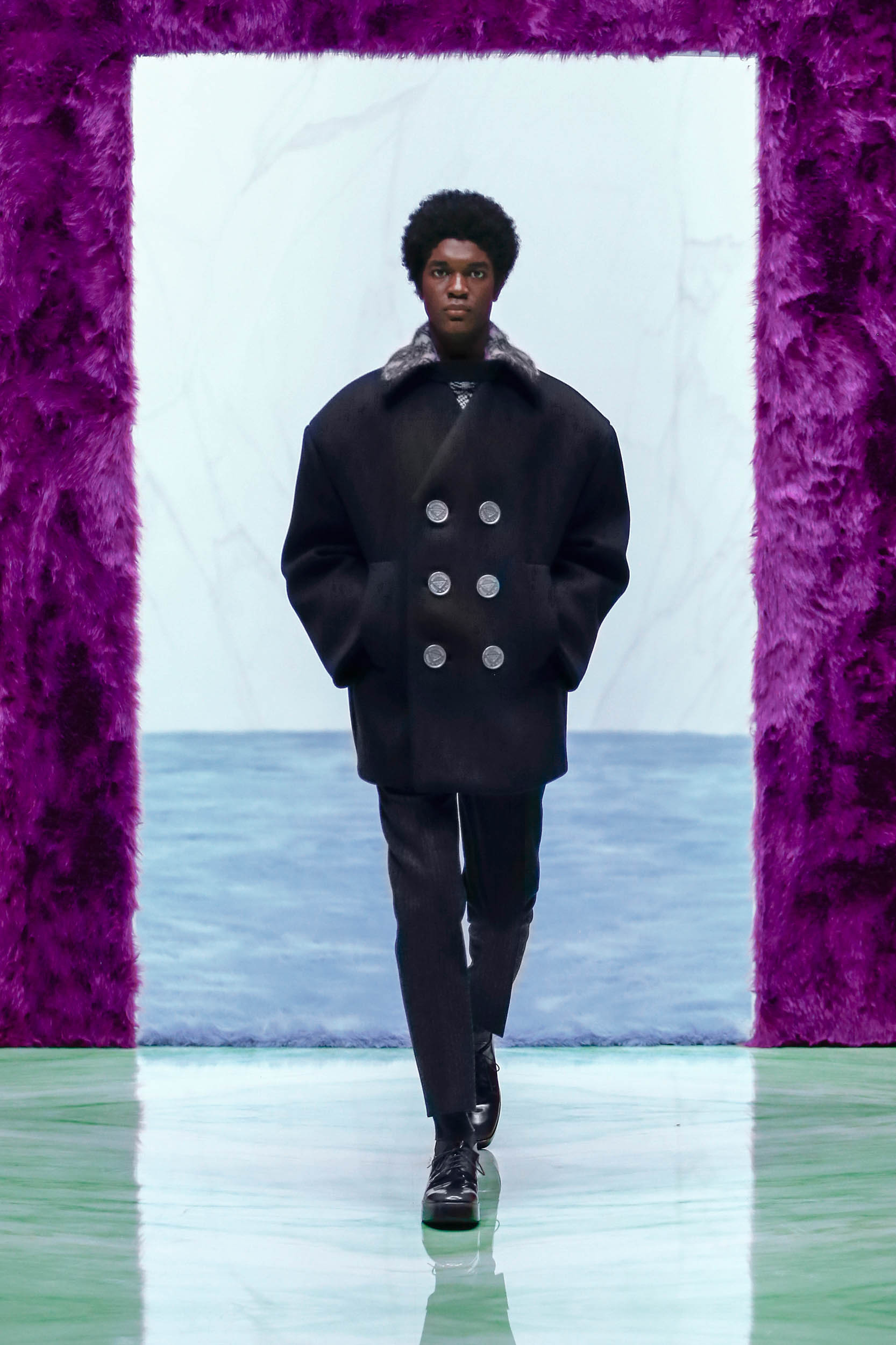 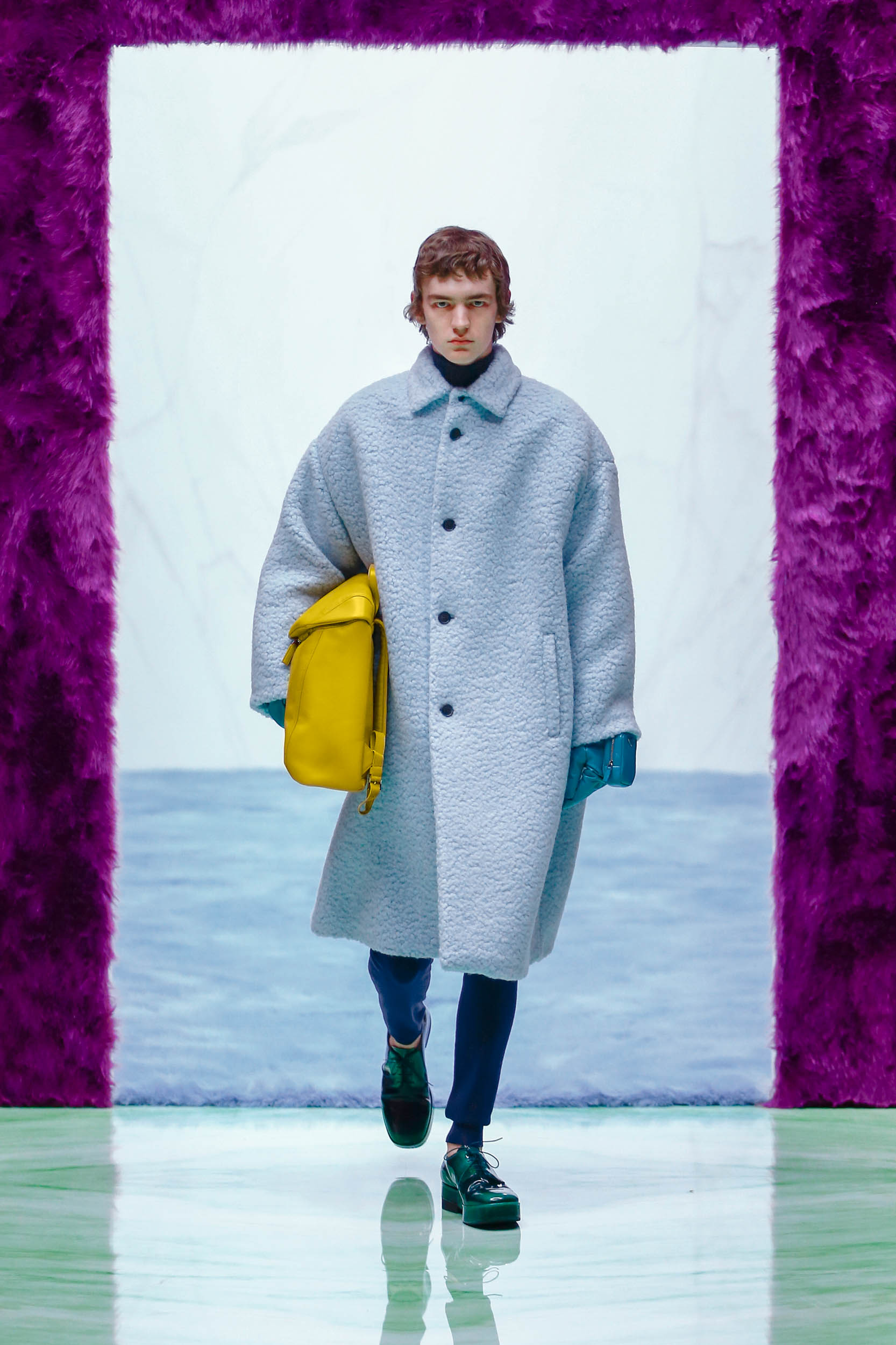 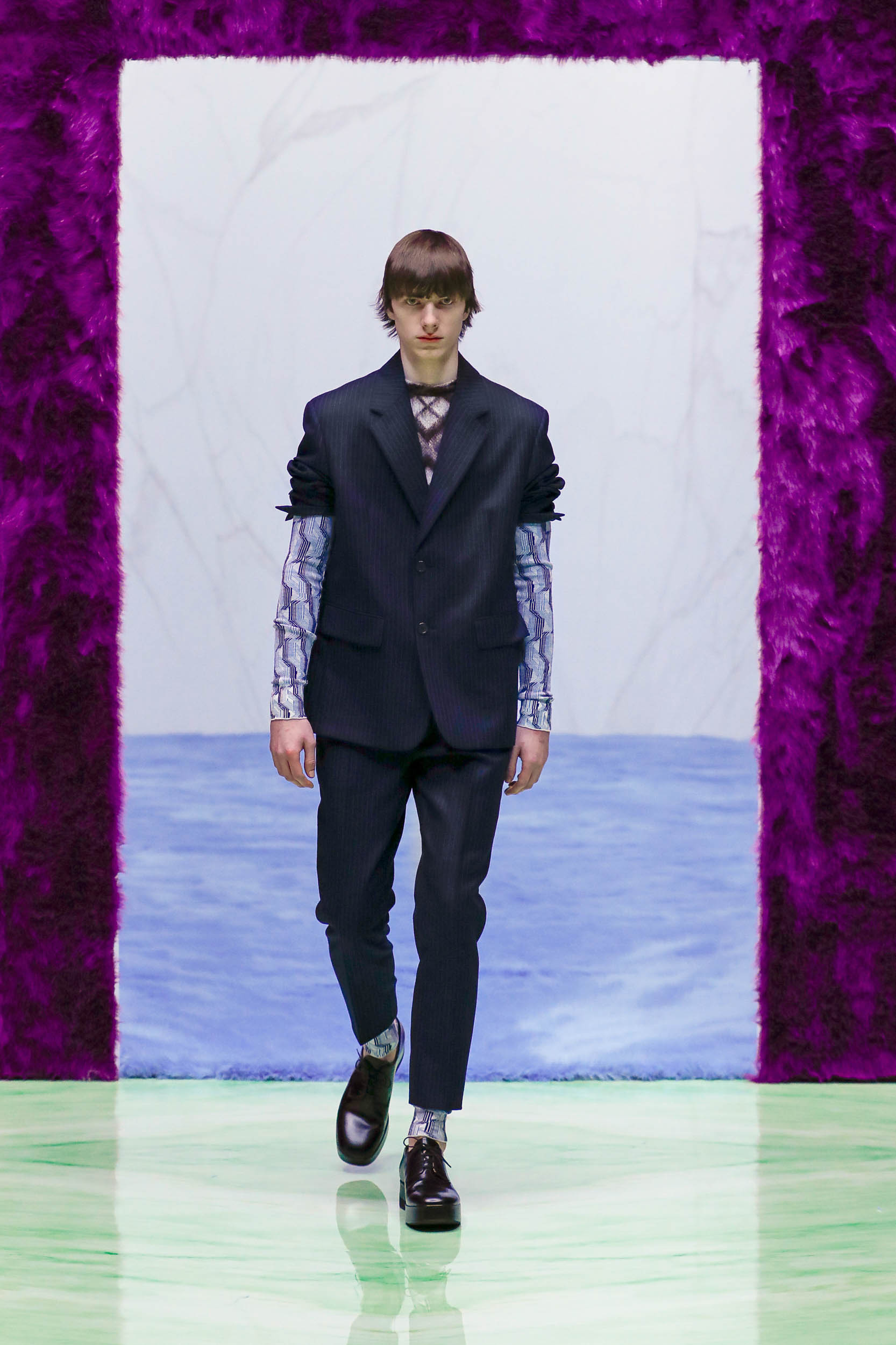 A similar doublespeak is reflected in the depiction of the body itself via clothes reduced, minimalised in structure. The logical conclusion is to return to the body: jacquard-knit bodysuits create a streamlined “second skin”, serving to delineate the figure in dynamic movement. The abstraction of feeling becomes an abstraction of freedom. These bodysuits paradoxically reveal while concealing, placing emphasis on physicality, but also covering the form. Some are proposed alone: they are used to create a base layer under tailoring and outerwear in other outfits. They denote both protection and exposure, with synchronous connotations of the naive and knowing, intimate and removed, youthful and mature. In the latter, they reflect a passage of time, of life.

To opposite ends, they are also emphasising the body through a process of reduction, resulting in silhouettes that stand away from the frame, a decrease of shape in the garment. Single and double-breasted coats are constructed on rectilinear lines; bomber jackets are generous. Composed of leather and bouclé and lined in geometric jacquards, the garments are sensual, crafting a topography of feeling enjoyed by the wearer alone. The colour and pattern excite the eye; surfaces entice touch.

The Prada FW21 Menswear collection is a cacophony of opposites that somehow strikes a harmony, demonstrating masterful design in innovative form. 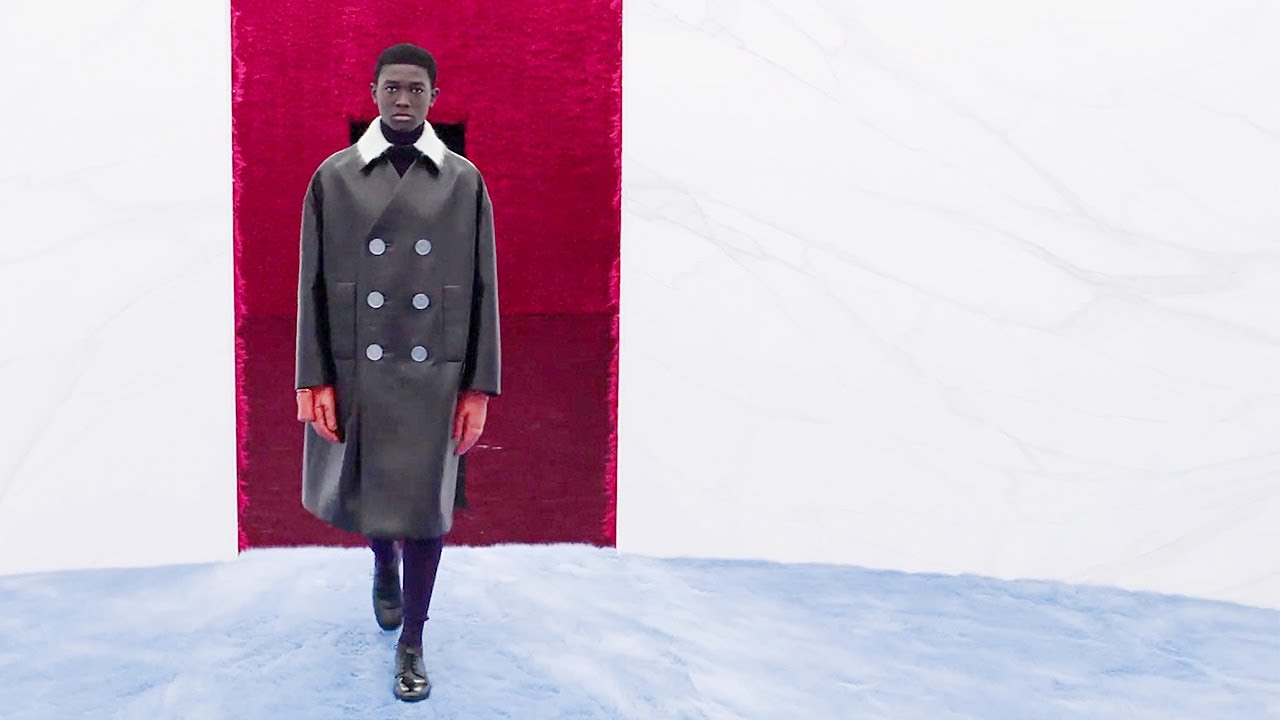