The Austrian Cultural Forum New York: Spaces of No Control

The Austrian Cultural Forum New York (ACFNY)’s latest exhibition, Spaces of No Control, opened on Oct 1, centring on the modern city and urban dystopias in the twentieth and twenty-first centuries.

Listen to this article here

‍Casper Magazine was given the opportunity to interview the curator, Vienna-based artist and critic Walter Seidl, to learn more about the exhibit and its creation, allowing us to delve into the focus on New York and the intersections of art and technology in the featured works.

In discussing the creation of the exhibition, Walter Seidl emphasises the specificity of place for the themes at hand: ‘Over the past decades, there was no other city than New York [that] changed so drastically due to gentrification processes and the investment of private capital.’ Spaces of No Control speaks directly to the residents’ lack of participation in the planning and alterations of their neighbourhoods, which are instead controlled by an elite minority. The title was originally Spaces of Control, focusing on the control and curation of cityscapes, but the perspective shifted along the way: for the majority of city-dwellers, access to or restriction from their environment is out of their hands, which has both a physical and psychical impact. As Seidl explains:‍

New York and other metropolises have been under scrutiny as a result of neoliberal tendencies and the ubiquitous laws of permanent control and capitalist interference. I was also inspired by Jeremiah Moss’ publication Vanishing New York, when he refers, for example, to the erection of 51 Astor Place in 2013, which hosts the IBM headquarters. Development was allowed on its grounds despite being a non-profit as its developer hoped to gain tenants from the financial and technology sectors. The building is also nicknamed “The Death Star” as it conjures up notions of “root shock,” a psychic trauma of loss, which many people in New York had to face due to unwanted changes in their neighborhood.

Although the above example is quite recent, Seidl’s goal was to represent a chronology of the phenomenon, emphasising that artists have engaged with these themes for decades. To this end, artist VALIE EXPORT‘s featured work explores 1970s notions of women and their exclusion from public representation, particularly in the then-conservative climate of Vienna, while Taryn Simon examines ‘places that are hidden from the public’ – HIV research labs and border protection rooms at JFK airport both feature. Here we see the duality of access and restriction, public and private spheres, wherein control is exercised over both person and place. Permission and privilege are naturally intertwined in these themes, which moreover raises questions about how we as individuals react to, or are allowed to interact with, our surroundings.☯ 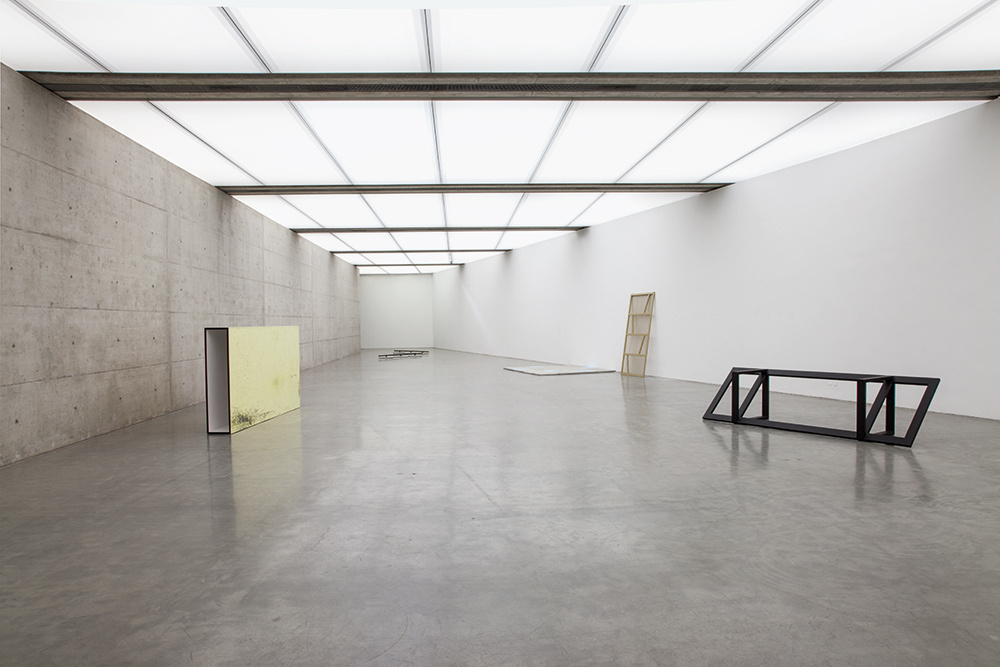 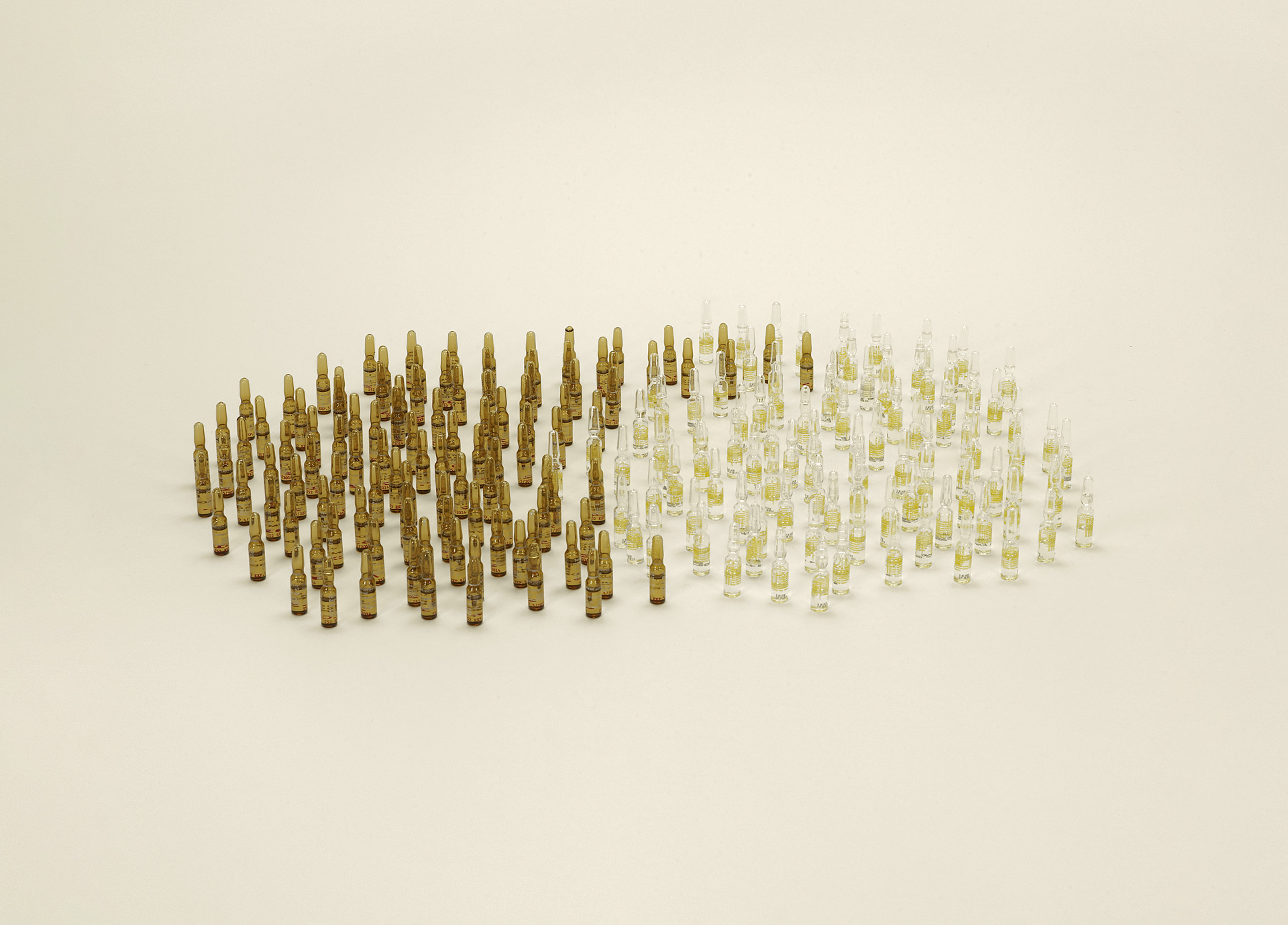 In this way, technology is inextricably involved in both the cityscape and the exhibition, with artists harnessing their medium for reflections on the urban landscape. The photographic prints of Sabine Bitter and Helmut Weber’s double-sided curtains may be familiar to New Yorkers – they depict the Park Avenue Plaza that lies just a few blocks away, inviting visitors to take a break from the exhibit to compare how photography measures up to real life.

‍I tried to include works of different media that also symbolize everyday encounters with technology, be it in public or through the Internet, dealing with the notion of what is still perceived as real or only seen via images. […] In general, the exhibition tries to present a plethora of visual, textual and acoustic information, which is also what we experience in daily life when strolling, walking or rushing through cities.

This embodiment of urbanity within the exhibition space is exemplified by Kay Walkowiak’s Minimal Vandalism, a video of a traditional ‘white cube’ gallery that is populated by a post-minimalist installation. The artist subverts expectations of how people should approach pieces of art on display – not silently and meditatively, but with movement and sound as he films professional skateboarder Kilian Martin skating through the space and interacting with the installation. With the dynamic movements and acoustics of the skateboarder, Walkowiak fuses the experiences of the urban landscape with that of the gallery, removing the unspoken rules of the space to subvert notions of control.

Spaces of No Control will run until January 10 2021 at the Austrian Cultural Forum New York, where visitors can explore what it means to exist in and interact with public spaces increasingly controlled by an elite few. It’s impressive that the Austrian Cultural Forum has managed this exhibition despite the COVID-impacted year, and we at Casper Magazine are very grateful to have been given the insight of curator Walter Seidl himself. If you find yourself in New York before January 10, make sure to build Spaces of No Control into your plans.

If you liked this article, you may enjoy our feature on Petrit Halilaj’s installation of flowers at the Museo Nacional Centro de Arte Reina Sofía.

The foundation of all is the individual: the human body, and it's freedom.

Drake and Nike collaborate to produce NOCTA, with a collection debuting today.