What Are We Celebrating on Australia Day? 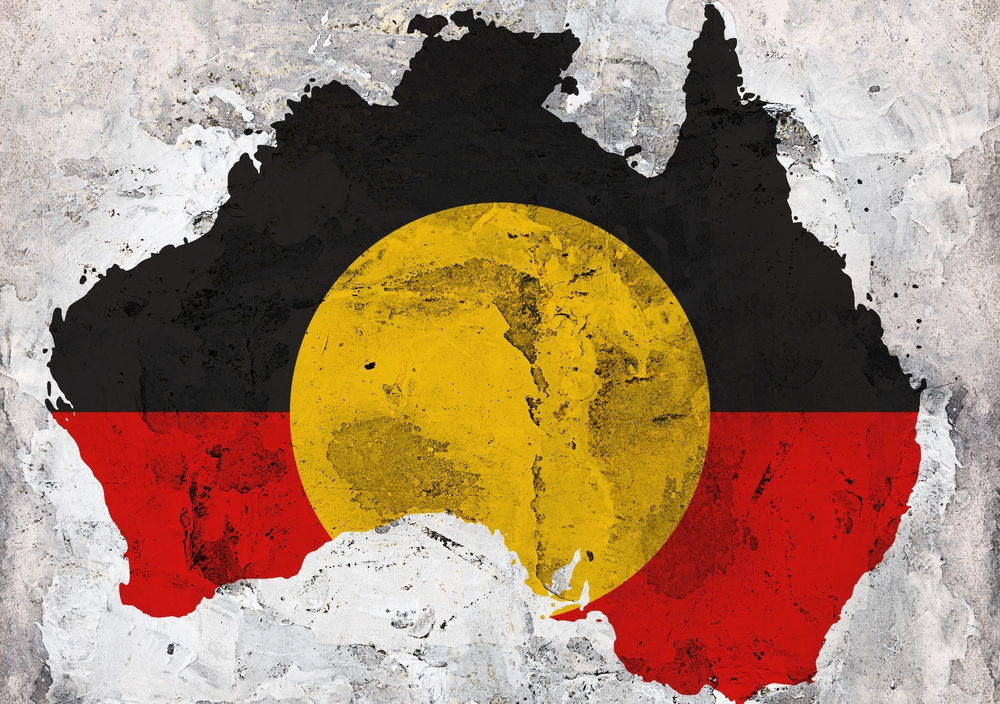 As a Melbourne-based publication, we at Casper Magazine have never shied away from writing about Australian topics.

Whether we’re promoting local brands and events or raising awareness about Australian issues, we always try to write our features in a way that’s conscious of our international audience. That’s why we hope that this feature about Australia Day, a public holiday here that faces annual controversy, is enlightening for Australian and global audiences alike, particularly following this year’s international coverage of the national divide. This year, we’re asking a question we think is important for every Australian to ask themselves: What are we actually celebrating on Australia Day?

For many, the answer to that question would hark back to our country’s colonial history. Australia Day takes place on January 26, the anniversary of the small ceremony conducted in Port Jackson to establish the country as a colony of Britain after the arrival of the First Fleet. This was the fleet of ships carrying approximately 1500 men, women, and children, many of them convicts, that sailed from Portsmouth, England to the country that was then known as New Holland (it was not until 1824 that the British Admiralty officially agreed to call the landmass Australia). This establishment of the colony was described in 2019 by Australian Prime Minister Scott Morrison as ‘the second chapter of our country’s history’ and ‘the foundation for modern Australia’.

This idea of ‘modern Australia’ is, for others, the core of Australia Day, rather than our colonial past. Australia takes great pride in its multiculturalism, and its status as a country of migrants is certainly cause for celebration. Almost 30% of Australian residents were born overseas, and this ‘melting pot’ of diversity is evident all throughout the country in its people, cultures, and religions. This is Scott Morrison’s ‘third chapter’ of Australia’s history – ‘the one we’re still writing’, which forms a part of the Australia Day holiday via citizenship ceremonies.

This ‘three chapters’ idea is a common approach to explaining Australia Day: the idea that it’s a holiday on which we celebrate the entire story of Australia’s history as an inclusive day. In fact, that’s the theme of this year’s National Australia Day Council campaign as they ask Australians to ‘Reflect, Respect, [and] Celebrate’ the ‘story of Australia’, with an advertisement that showcases the diversity of Australians airing frequently in the lead-up to the national holiday. The ad highlights various ages, genders, sexualities, and heritages – a diversity that certainly reflects the Australian public – and emphasises that ‘we’re all part of the story’ of Australia, from our First Nations peoples to the most recent migrants. The campaign speaks to a common refrain that surfaces around Australia Day debates: that it’s a day of unity that celebrates us all.

But that’s not the whole story, and certainly not an approach all Australians take. Before the second and third chapters of Australia’s story naturally came the first – the story of Indigenous Australians, who have lived here for over 60,000 years. Crucially, this chapter never came to an end, and although the beginning of the second, colonial chapter may seem celebratory for some, it also began a long history of trauma for Australia’s First Nations people.

The Other Side of the Story: When Australia’s First Chapter Encountered the Second

The original inhabitants and caretakers of the land now known as Australia – made up of over 500 different nations, but collectively known as Indigenous peoples or Aboriginal and Torres Strait Islander people – were devastated when the British tried to claim it for themselves in 1788. Many died as a result of coloniser violence and disease: although numbers vary due to the lack of a clear record, scholar John Harris estimates that up to 90% of the population may have been killed. The arrival of the British was also harmful to culture, with missions and reserves, where many Indigenous Australians were forced to live and work under ‘protectors’, often enforcing a more British way of life. The removal of children from their families, now known as the Stolen Generations, also resulted in a loss of languages and traditional knowledge. These ordeals continue to impact Aboriginal and Torres Strait Islander individuals and peoples through to the current day, with the community facing poorer health and economic outcomes, intergenerational trauma, and an incarceration rate so high it has been internationally condemned, among other ongoing effects. Gamillaroi and Torres Strait Islander woman Nakkiah Lui describes the successive impact of this violence on her family across generations:

As the day that marks the beginning of this process of successive trauma, January 26 is a difficult day for many Aboriginal and Torres Strait Islander people. In 1938, a group of Aboriginal protesters declared January 26 a Day of Mourning as part of a wider campaign to have Indigenous people’s ‘callous treatment’ at the hands of the government recognised and redressed. Since then, many Indigenous people and their allies have referred to the date by a variety of other names, such as Survival Day and Invasion Day, each encapsulating a different aspect of the day’s meaning (as outlined here by Gamilaraay man Luke Pearson). The day is marked by concerts commemorating the survival of culture, mournful gatherings, and large-scale protests across Australia’s major cities calling for the government to act on historical offences and ongoing inequalities. The number of attendees has grown steadily, with this year’s public holiday seeing many thousands of people attending Invasion Day rallies across the country. 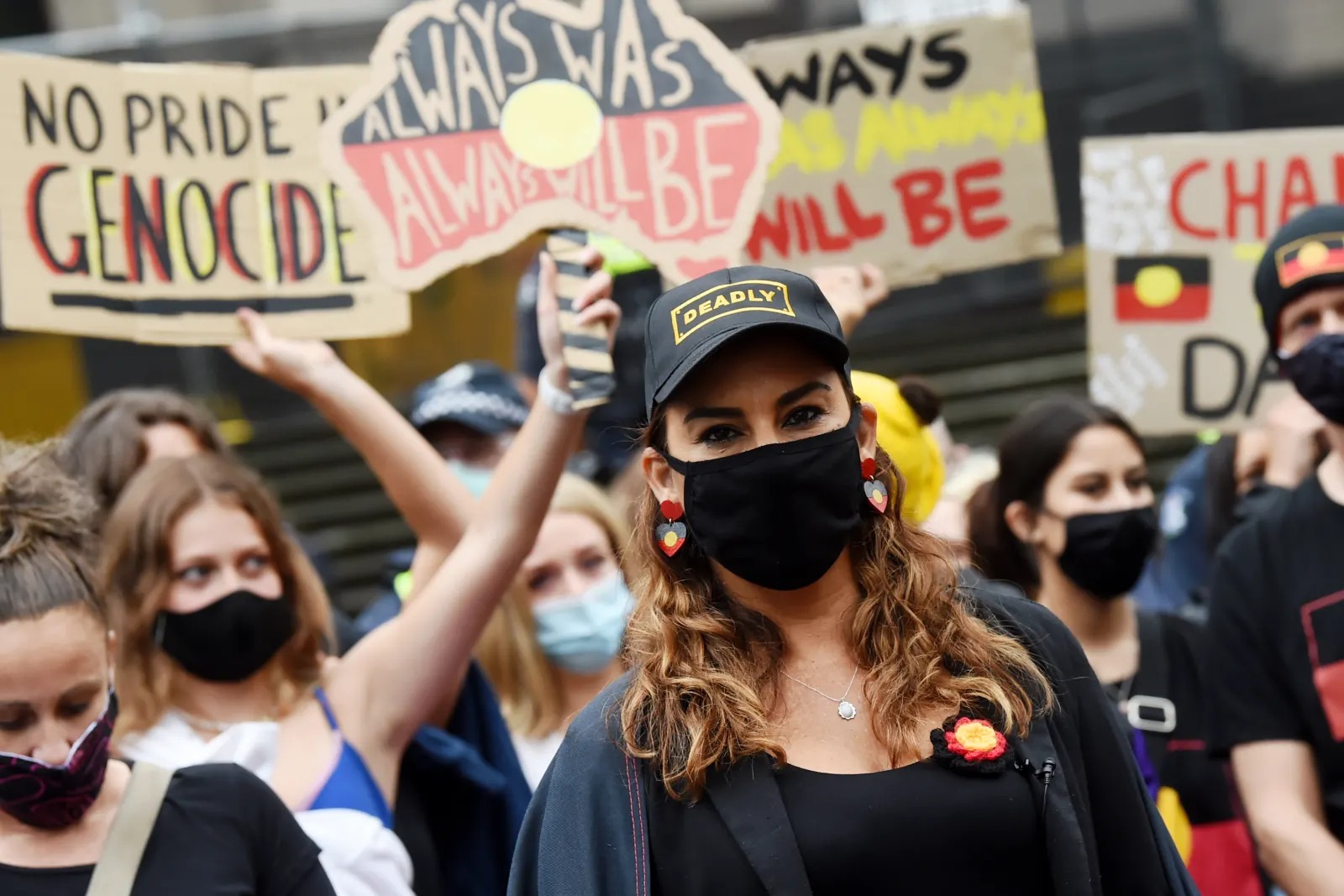 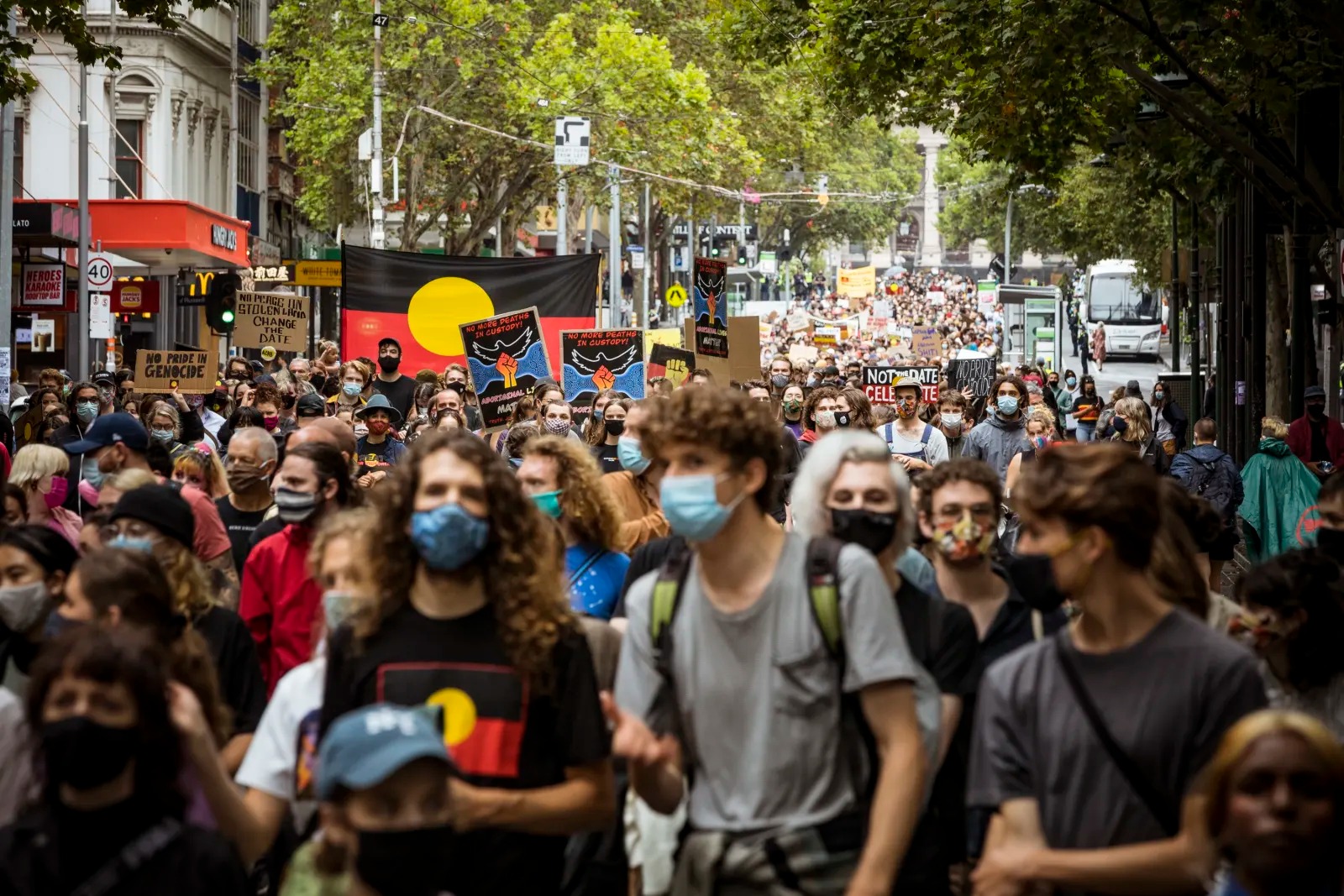 ‘No Pride in Genocide’: Why Australia Day Fails to Unite the Country

‘Australia Day’ as a holiday on January 26 is controversial because its celebration of a modern nation requires overlooking the historical and ongoing experiences of Aboriginal and Torres Strait Islander people, which comes into conflict with the mainstream approach to the holiday. Although many people who enjoy Australia Day choose to focus on aspects like multiculturalism rather than the arrival of the First Fleet, people from the world’s oldest living culture are often unable to share in this ‘coming together’ because of the grief-filled history that must be ignored in order to celebrate. As Bundjalung woman Vanessa Turnbull-Roberts wrote in 2019, ‘[o]ur culture is here, it is still practiced and it is still strong. We want to share our culture, but we are denied this basic right when Australia chooses to celebrate a day that is built on genocide’.

In more recent years, there have been some attempts to frame Australia Day more inclusively, for example by including some Aboriginal people in the ‘story of Australia’ advertising campaign. These efforts, however, are often criticised for being tokenistic, with suggestions that they make a show of including First Nations people without actually addressing the history and systemic racism that excluded them in the first place. Just last week, Scott Morrison claimed that Australia Day celebrations should focus on ‘how far we’ve come’ as a nation since 1788, but as the only Commonwealth country that doesn’t even have a treaty between its Indigenous peoples and the government, it’s difficult to consider this supposed progress as anything but far behind the rest of the world.

Reconsidering the Celebrations: A Different Approach to Australia Day?

In 2020, at a conference discussing the relationship between the international Black Lives Matter movement and the high rates of Aboriginal people dying in custody, Wiradjuri and Wailwan activist and lawyer Teela Reid suggested that ‘[t]he question [Australia] needs to grapple with is: what is the rightful place of its first nations? Where do we fit in the national narrative?’ This question also applies to the debate about our national day. PM Scott Morrison seems to want Aboriginal and Torres Strait Islander people to be the ‘first chapter’ of the nation’s history, highlighting the rich cultures that existed for 60,000 years, but denies them a place in the narrative since colonisation. But Aboriginal and Torres Strait Islander people are still here, in rural and metropolitan centres alike, ensuring their cultures and communities continue to survive the disadvantages they have faced since European arrival.

So, where to from here?

There have been many different proposals from Indigenous and non-Indigenous Australians about how this conflict can be resolved moving forward. Some believe that January 26 can still be a national holiday, but with a greater focus on respecting history; for example, Wongatha man Travis Akbar wrote about his positive experiences at Survival Day events, including Adelaide’s Australia Day parade led by local Elders in 2020. One of the most common suggestions discussed every year is moving Australia Day, with several other dates proposed as alternatives to January 26. These range from politically significant days such as May 27, the anniversary of Aboriginal and Torres Strait Islander people first being counted as Australian citizens, to days like May 8, because saying the date aloud sounds like the common Australian term of endearment, ‘mate’. Alternatively, many leaders and activists, including Luke Pearson, are calling for the end of Australia Day altogether, insisting that Australians cannot come together as a nation when stark inequalities between Indigenous and non-Indigenous people persist, regardless of what date is chosen.

As a team made up of non-Indigenous people, it is not our place at Casper Magazine to conclude what changes to the national holiday are necessary or appropriate. It’s clear, however, that something needs to change in order to create a national holiday that everyone in our diverse country can get behind. The most important thing we can do as a nation is listen to Indigenous voices and perspectives: we live in a country that always was and always will be Aboriginal land, and it’s the very least we can do to listen to our First Nations people and work with them to make Australia a nation for us all.

To read more about the debate around January 26, see our reading list of articles by Aboriginal and Torres Strait Islander writers below.

How should we inclusively celebrate Australia Day? We welcome comments, opinions, and perspectives: hello@casperandcasper.com.au

For more on Australian social issues, see our feature on government cuts to humanities courses at universities.

“‘Not one or free’: Mixed reactions to Australia’s National Anthem change” by Sarah Collard

“On this Invasion Day, I am angry. Australia has a long way to go” by Pekeri Ruska 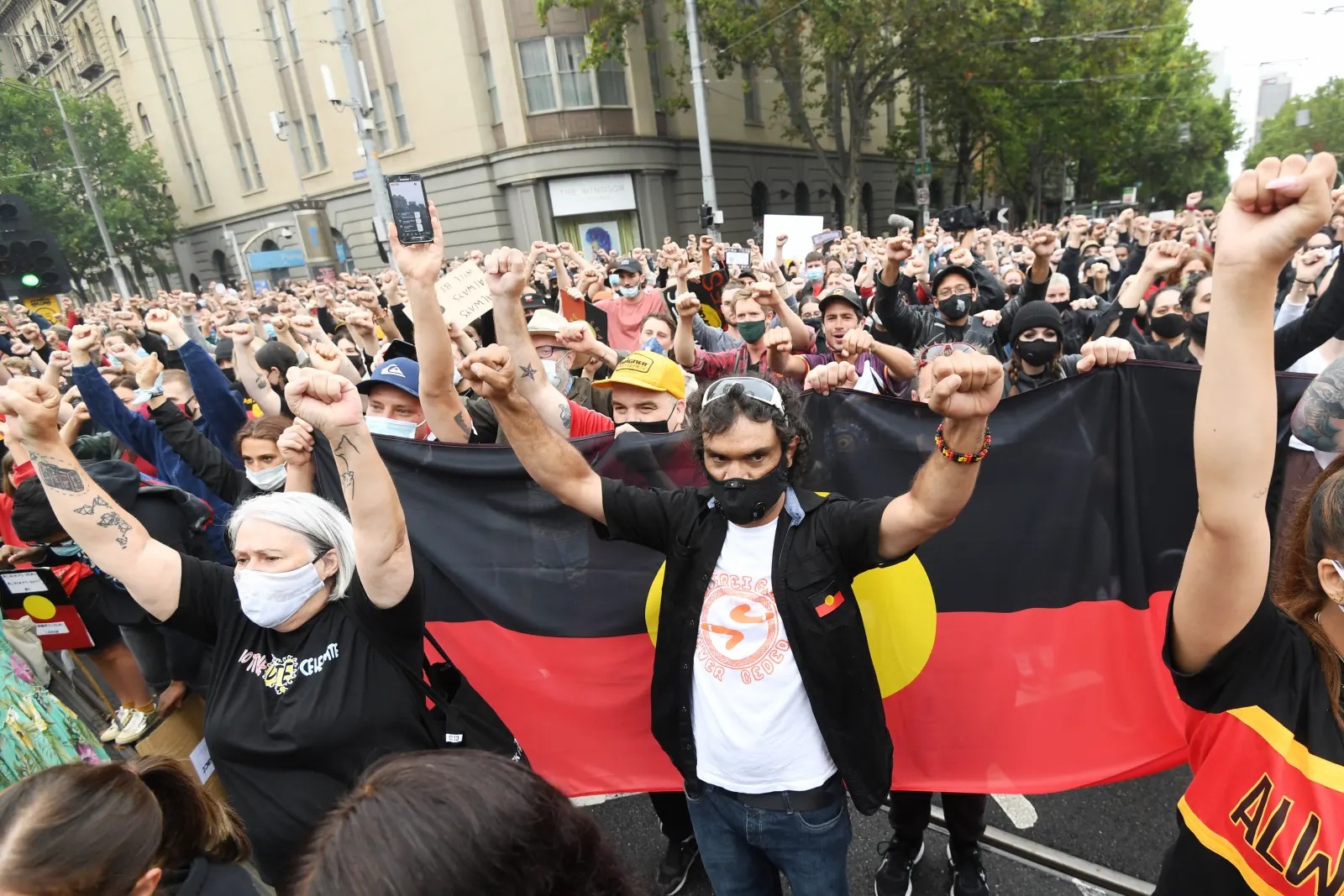 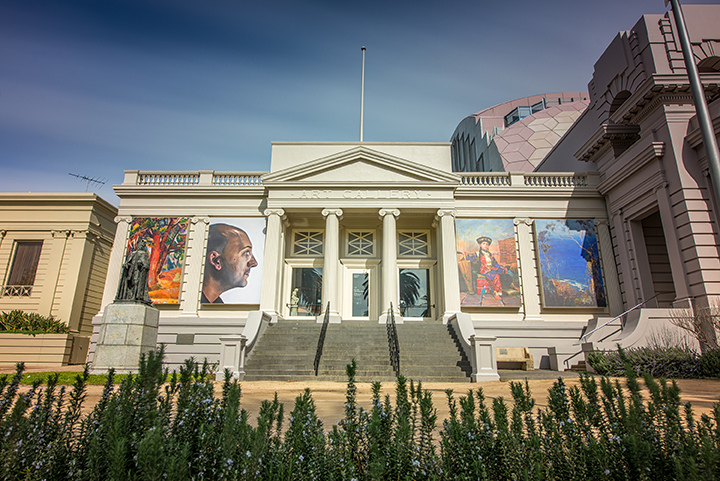 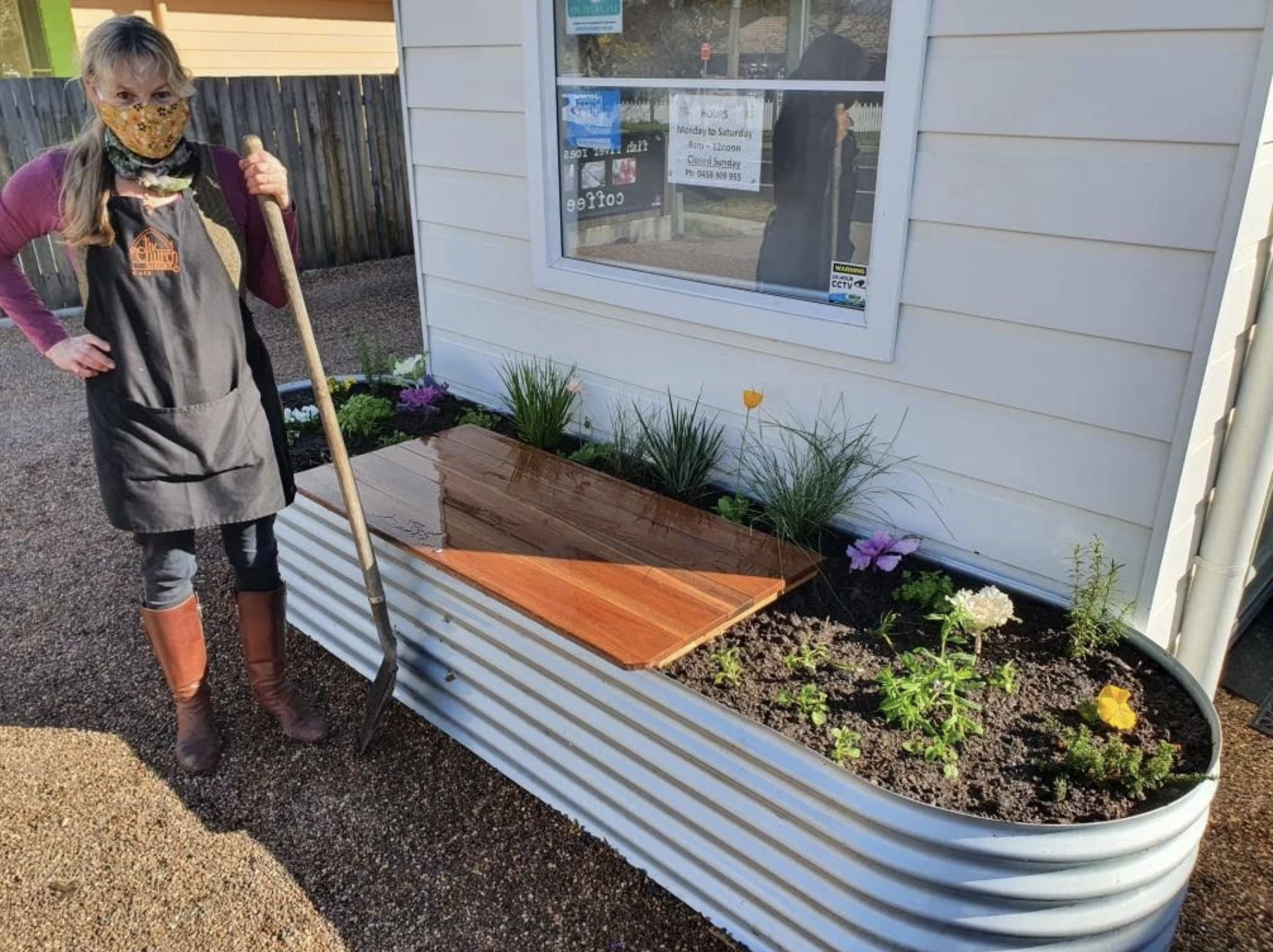