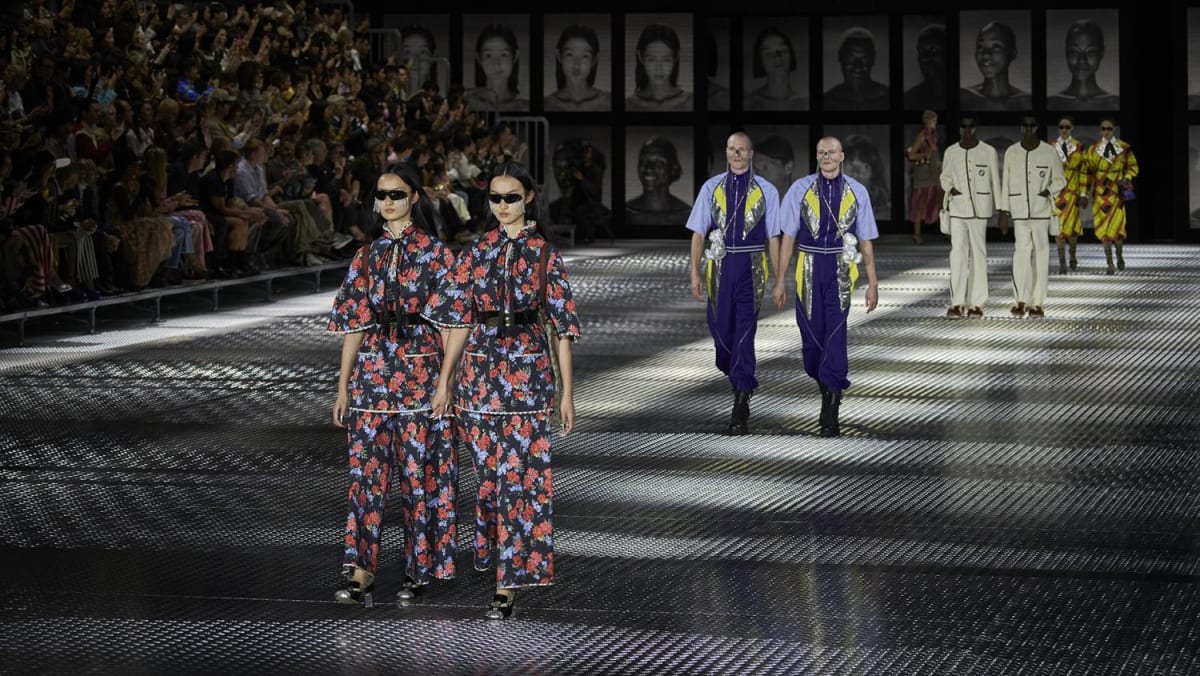 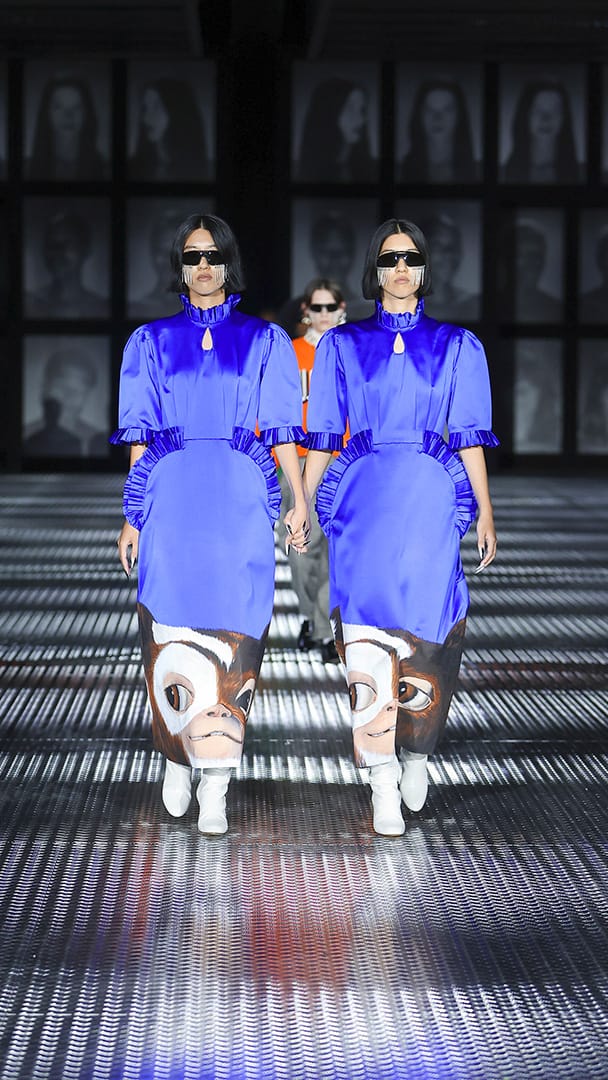 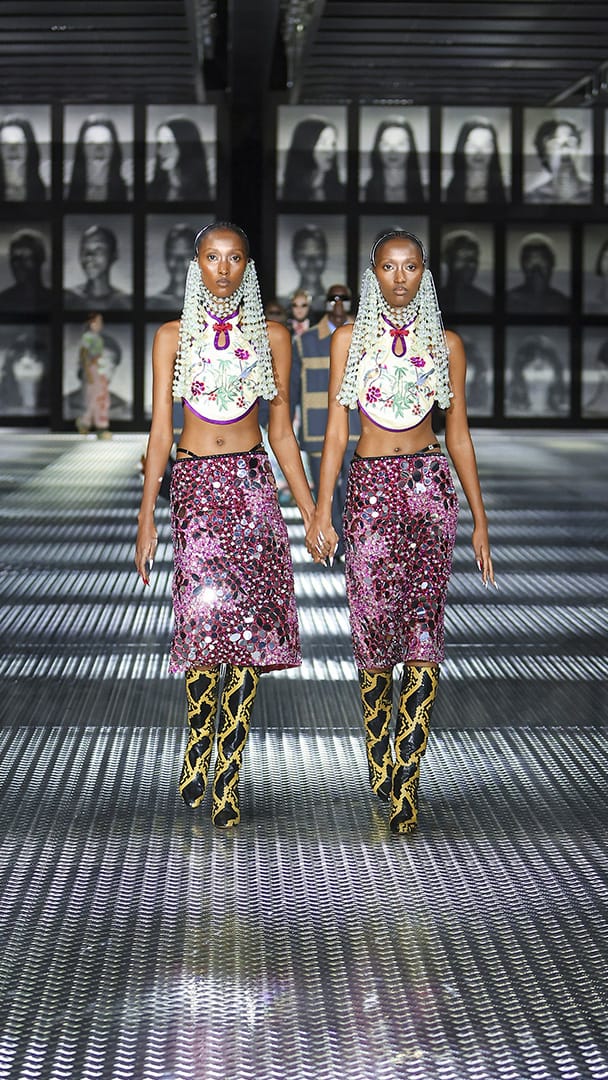 The latest collection of Alessandro Michele was presented in a deeply personal fashion show to honour his mother and her twin sister.

The show represented everything Michele stands for and something different for everyone.
‍
As one of Alessandro Michele's mainstays, historical reprisals included an equestrian-inspired bag first introduced in 1981, a crystal-covered take on a teddy bear accessory, what could be described literally and nostalgically as a G string from the '90s, a furry creature named Gizmo from cinema lore from the 1980s, and graphic elements from FUORI! – From the 70s and 80s, this LGBTQ+ association and magazine represented, and still represents today, the crucial fight for freedom.
‍
The animal kingdom influences this collection through vibrant prints found on boots, tights, gloves, and fully sequinned gowns, as well as the array of accessories from crystal-curtained eyewear to jewellery that embellishes the face.
Essentially, twin-ship is decentralisation, a tendency towards the other, as Michele states in his notes. It speaks to the instinct to present an alternate version of oneself in order to attract the observer.

It’s a topos that transcends biology, showing us the sense of co-belonging and sisterhood that should guide our trip through this planet. 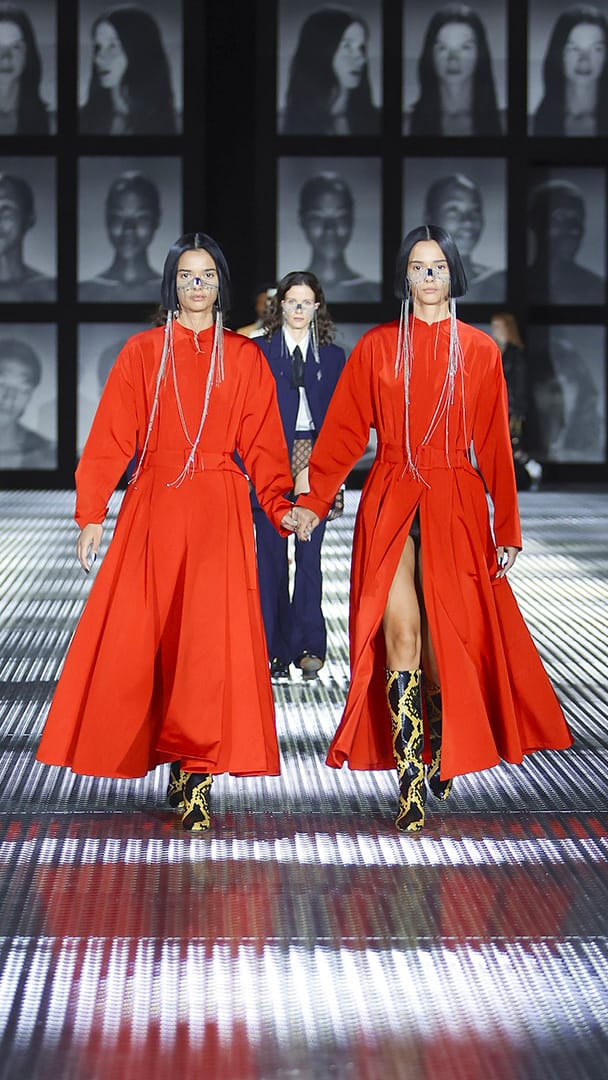 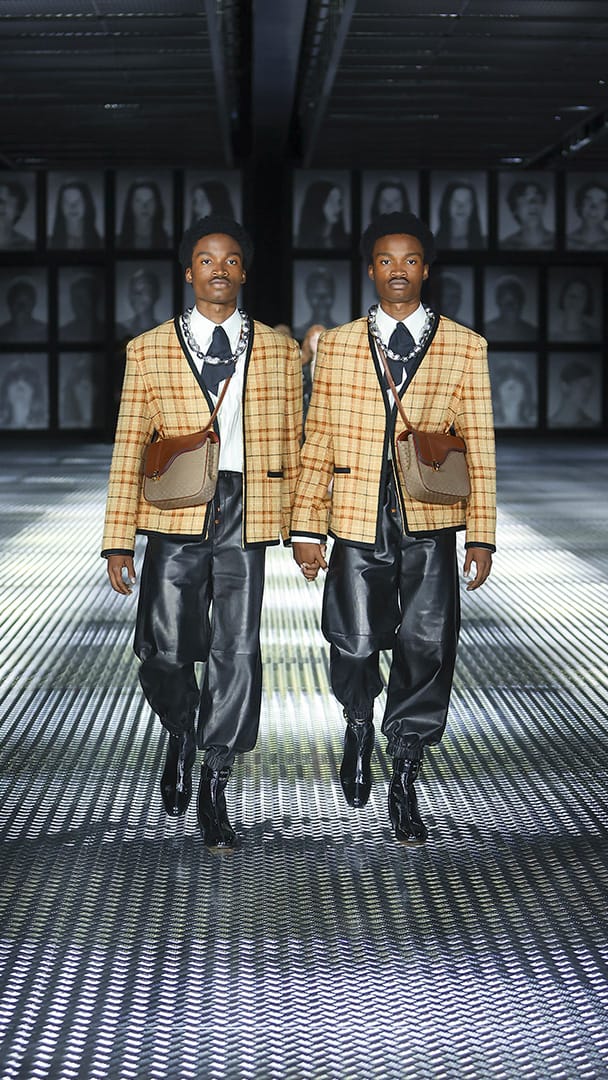 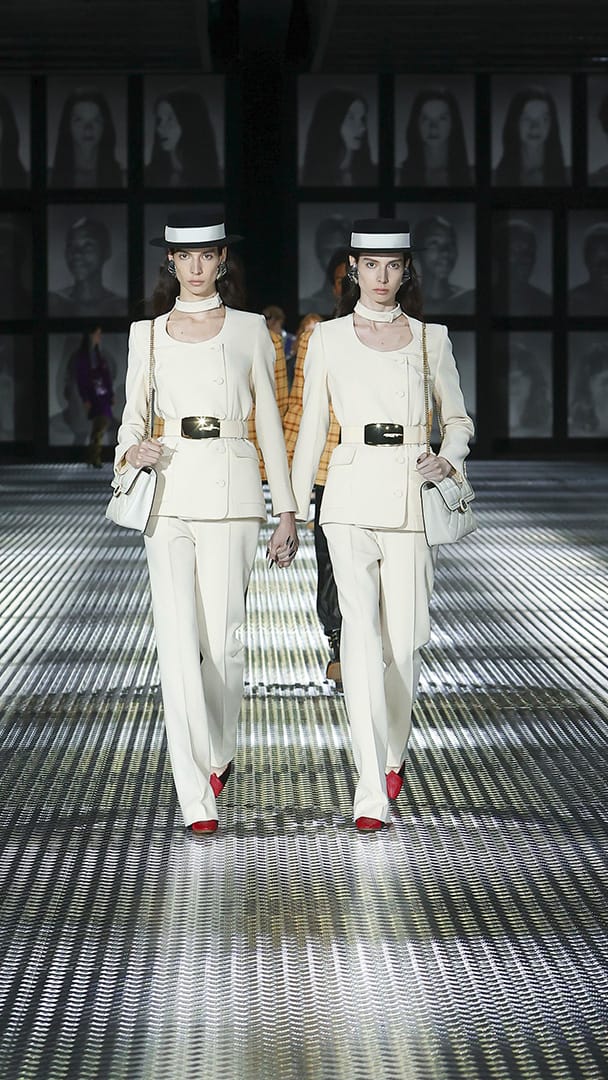 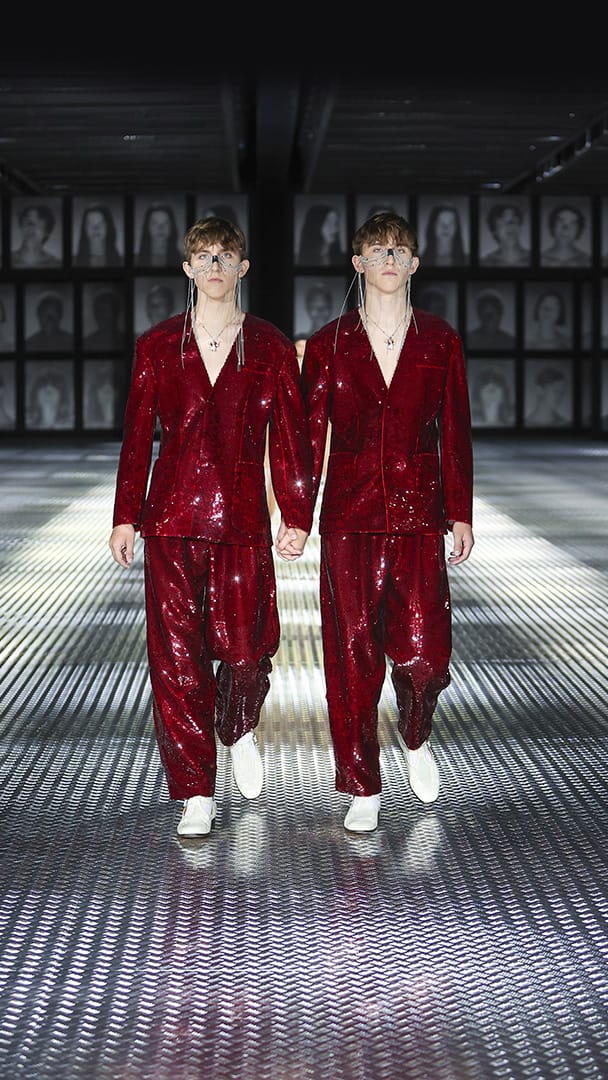 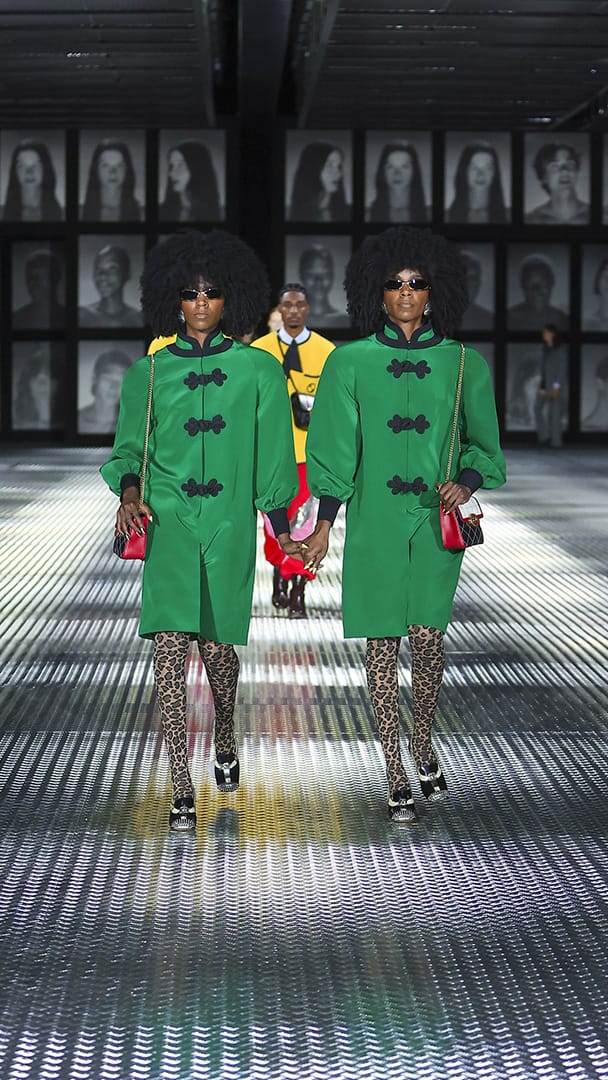 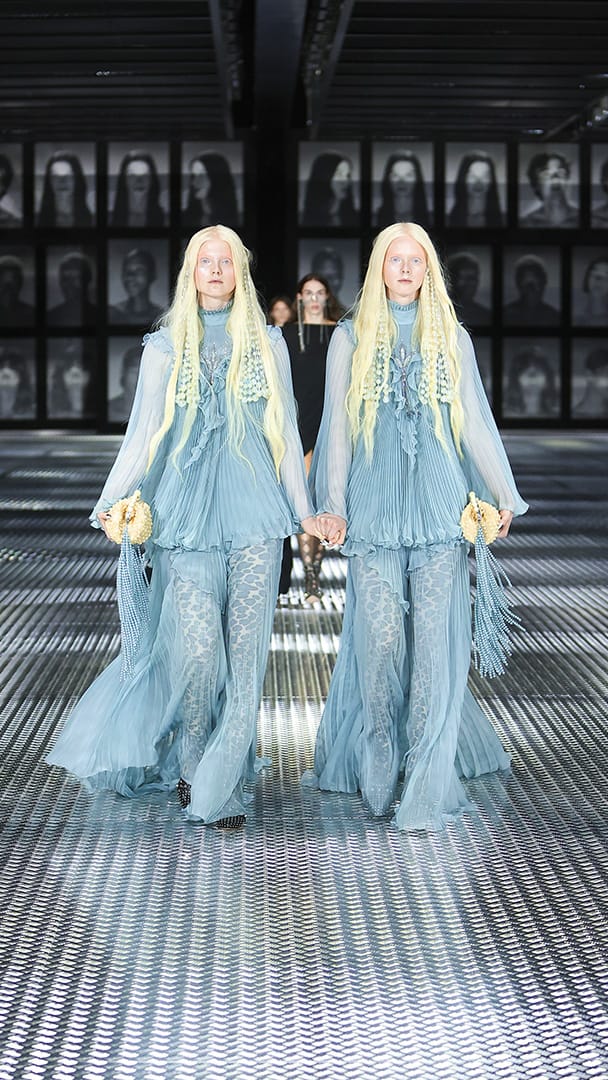 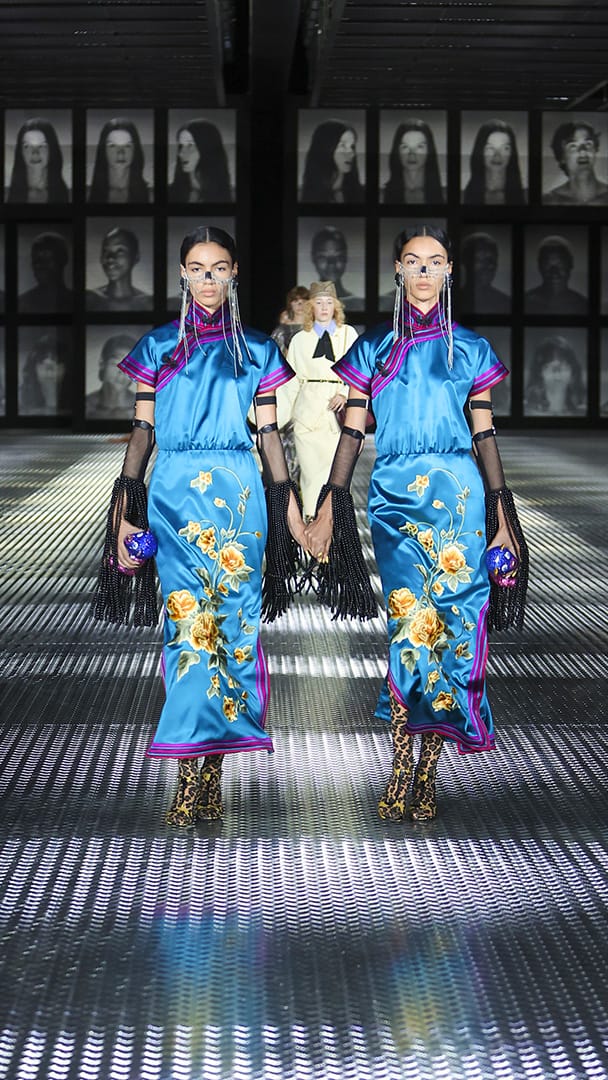 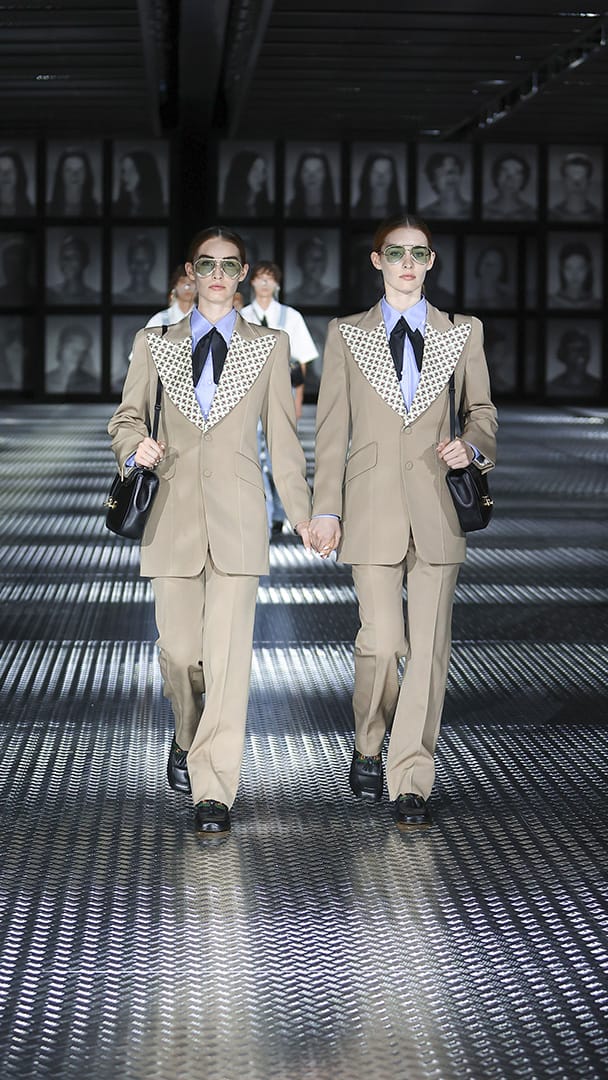 Get the inside scoop on all things Casper, before anyone else.

It's all here - we've tried and tested all your favourite products and sifted through the essentials, so you don't have to!
‍
Sign up for our mailing list for exclusive content from our team of experts and get exclusive access to monthly promotions, product launches, and giveaways. Join now!

You're in! Please check your junk folder for your confirmation email.
Oops! Something went wrong while submitting the form.